I met the cartoonist Lonnie Millsap over a twenty five cent can of Pabst Blue Ribbon last month in Culver City. How could such a miraculous thing be possible, you ask? In the magical city of angels, Los Angeles, California, apparently anything can happen. 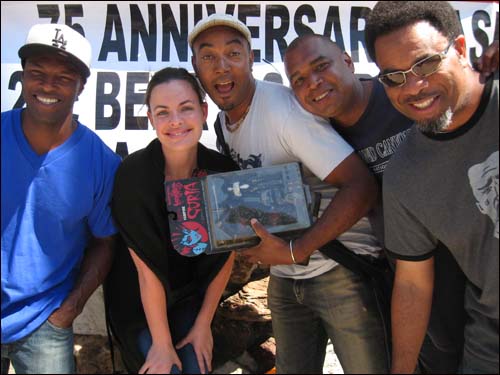 Millsap and friends helping to celebrate the 75th anniversary of the local Culver City dive, the Backstage Bar & Grill.

By the time I had finished my third can of twenty five cent beer, Mr. Millsap and I found out that we had a great deal in common. We are both artists native to southern California, as well as friends of the world famous syndicated cartoonist Keith Knight, and we even both briefly shared a zip code in Atlanta Georgia thirteen years ago.

What Keeps Cockroaches Awake at Night

Lonnie gave me his first two books to read, and I was immediately engrossed; I even laughed out loud reading a few of the cartoons. I found this cockroach pillow talk strip especially perverse and satisfying: 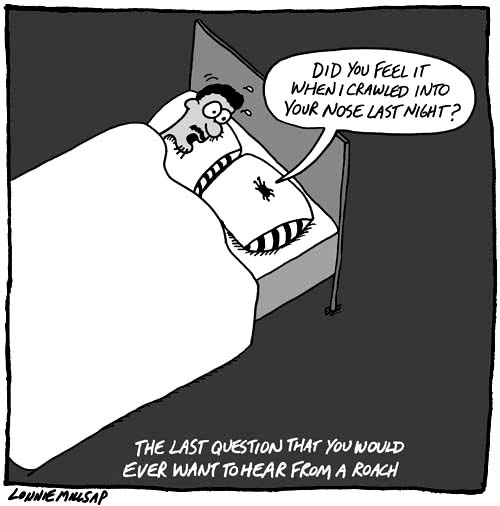 The back cover of Mr. Millsap’s first collection of comic work: “My Washcloth Stinks!” is replete with some curious fictitious explanatory blurbs about his art, such as this quote from “someone” at the Los Angeles Times:

“Mr. Millsap’s cartoons show the sense of humor of a six year old child, but reflect the artistic talent of someone much, much younger.” 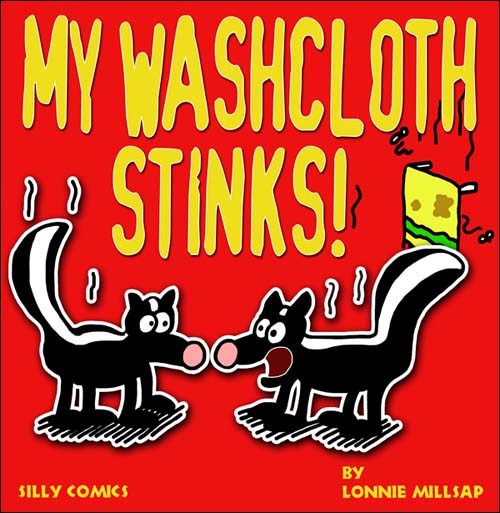 How can you go wrong with effusively honest praise like that? I couldn’t wait to start reading it. Although my favorite insight into the local artist’s work comes from his own mother. In her concise blurb for his book, she flatly retorts:

“Lame, Lame, Lame. What black person draws cartoons like these??”

Millsap’s twisted observational humor is often compared to the likes of Gary Larson and Dan Piraro, but his visions are somewhat more visceral and less polite than their work. His subjects range widely, from the peculiar conjectures and concerns of various creatures and inanimate objects, to just an expansively odd view of the world.

His original perspective could also possibly be described as something that maybe got dropped on its head really hard, and then left out in the melting sun for just a bit too long. This hilarious cartoon about some of the unforseen logistical problems posed by the rapture illustrates what I mean about the artist’s uniquely twisted thought process: 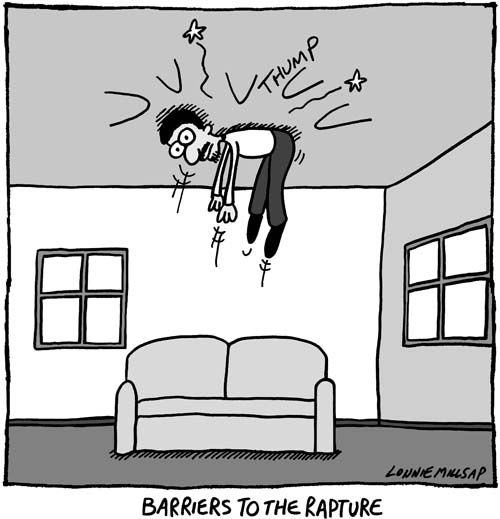 If you are intrigued by the warped mind of this Los Angeles based comic genius, and would like the opportunity to meet him in person, Lonnie Millsap will be in Laguna Beach this Saturday, September 3rd, signing all of his books, including his newest publication: “I Hate My Job!“. The event will take place at Hi De Ho Comics at 350 Broadway, from 1 pm until he gets sick of being there. 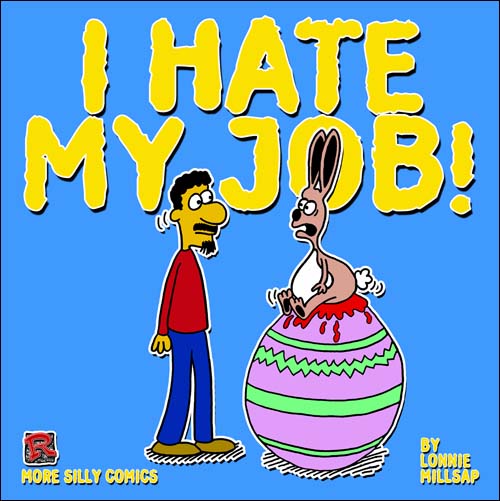 p.s. — If you have never before dared to venture behind the Orange Curtain, now is your chance. The local Metrolink trains are offering a $10 all weekend fare special, and local OCTA mass transit buses service the area as well. You really do not want to drive a car around here on Labor Day weekend, especially in crowded Laguna Beach, trust me on this. The region does also have some bike infrastructure; and the ocean neighborhood is always a lovely destination for an enjoyable bicycle ride — something to consider.