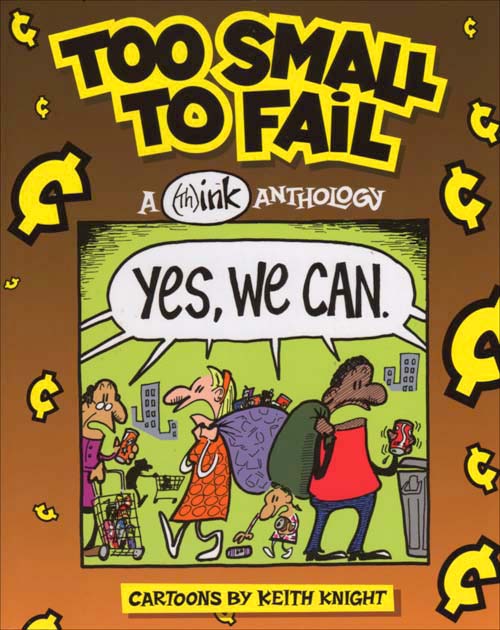 Yesterday morning I was reading my friend Keith Knight’s new collection of (Th)ink cartoons, the self-published “Too Small to Fail“; I was going through all of the many clever comics, trying to pick out just one or two especially brilliant strips to highlight. I had just scanned this particular cartoon to use for the book review I was in the middle of writing; I was thinking to myself that I often have those very same thoughts whenever I hear about some random horrible act of senseless violence: 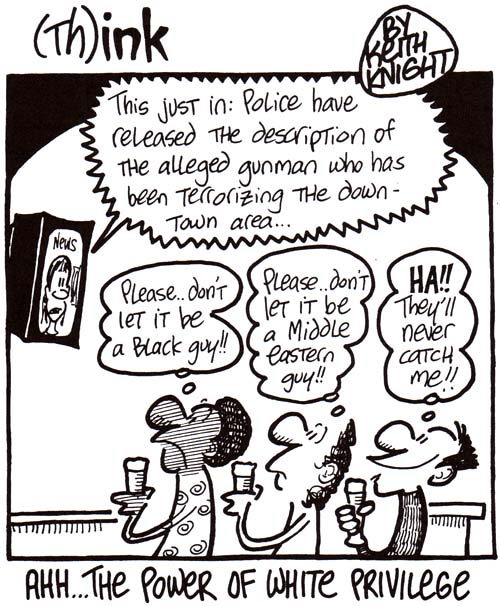 As I finished scanning the cartoon, a news announcement came on the radio about the unfolding horror in Norway yesterday. Nobody really knew the scope of the disaster at first, but that did not stop many right wing news pundits from immediately blaming the terror acts on Muslims.

Jennifer Rubin at the Washington Post claimed that the Norway attacks were the result of Islamic terrorism. She then concluded the “jihadist” attack on Oslo means that of course the United States should continue to grow the bloated military industrial complex:

“This is a sobering reminder for those who think it’s too expensive to wage a war against jihadists. […] Some irresponsible lawmakers on both sides of the aisle…would have us believe that enormous defense cuts would not affect our national security. Obama would have us believe that al-Qaeda is almost caput and that we can wrap up things in Afghanistan. All of these are rationalizations for doing something very rash, namely curbing our ability to defend the United States and our allies in a very dangerous world.”

The absolute horror of these vile attacks has left me stunned and nauseous; the fact that the alleged Norwegian Christian terrorist looks much more like Timothy McVeigh than Osama bin Laden is tragically ironic. And the fact that so many major news outlets leapt together like so many lemmings off a cliff into the abyss of uninformed bigoted fear mongering is not really much of a surprise, but is totally disheartening and depressing.

I was feeling so crappy and awful today that I was not sure how I would be able to finish writing my review of Keith’s new book. Then I began to reread the comic anthology; and some of his thought provoking cartoons actually made me laugh out loud. Mr. Knight has always been highly skilled at  succinctly capturing and visually translating complex issues into a single clarifying image. 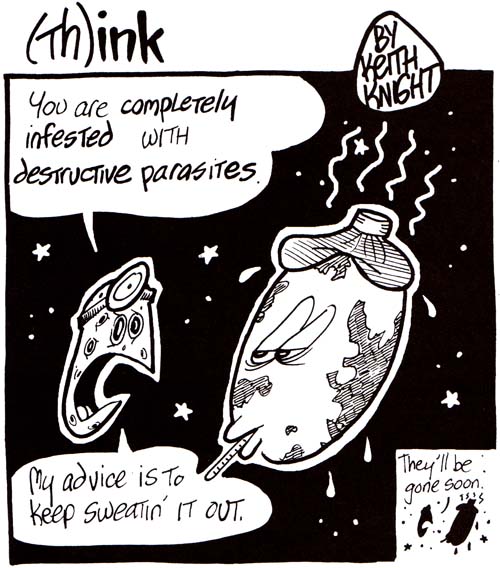 I highly recommend reading “Too Small to Fail” to help brighten your day, and make you think. Unlike his other cartoons, the autobiographical “K Chronicles” and the daily syndicated strip “The Knight Life”, the (Th)ink series is limited to a single panel. Though it constantly amazes me how deftly Keith incorporates so many important and diverse issues into just one comic panel, dealing with everything from racism, to climate change, gun violence and the prison industrial complex, while still being incredibly relevant and funny. 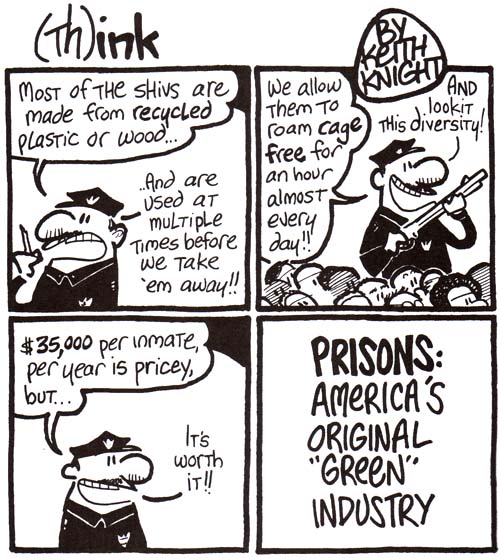 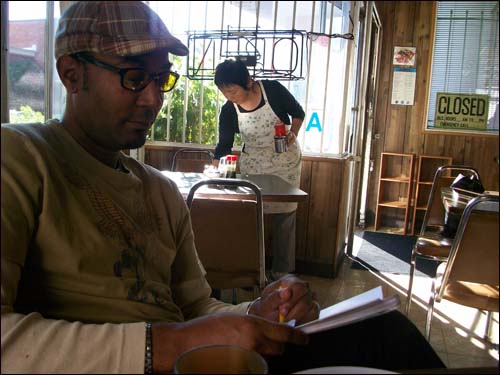