An Ark for Saving Seeds and Our Future

Home » Blog » Food » An Ark for Saving Seeds and Our Future 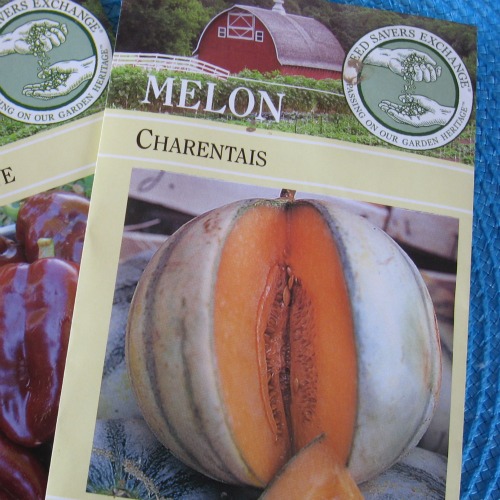 This summer as you bite into unique varieties of luscious, ripe, delicious seasonal fresh fruit from your local farmer’s market, please take a moment to be thankful for the many unique seeds that still exist, as well as for the people who take the time to save them.

You can read about the heroic ongoing efforts to save our food heritage in a National Geographic story entitled “Food Ark”. Here is a brief excerpt from the recently published article about the work that Diane Ott Whealy has invested into creating an extensive seed exchange:

“Heirloom vegetables have become fashionable in the United States and Europe over the past decade, prized by a food movement that emphasizes eating locally and preserving the flavor and uniqueness of heirloom varieties. Found mostly in farmers markets and boutique groceries, heirloom varieties have been squeezed out of supermarkets in favor of modern single-variety fruits and vegetables bred to ship well and have a uniform appearance, not to enhance flavor.

Most of us in the well-fed world give little thought to where our food comes from or how it’s grown. We steer our shopping carts down supermarket aisles without realizing that the apparent bounty is a shiny stage set held up by increasingly shaky scaffolding. We’ve been hearing for some time about the loss of flora and fauna in our rain forests. Very little, by contrast, is being said or done about the parallel erosion in the genetic diversity of the foods we eat.

Food varieties extinction is happening all over the world—and it’s happening fast. In the United States an estimated 90 percent of our historic fruit and vegetable varieties have vanished. Of the 7,000 apple varieties that were grown in the 1800s, fewer than a hundred remain. In the Philippines thousands of varieties of rice once thrived; now only up to a hundred are grown there. In China 90 percent of the wheat varieties cultivated just a century ago have disappeared. Experts estimate that we have lost more than half of the world’s food varieties over the past century. As for the 8,000 known livestock breeds, 1,600 are endangered or already extinct…“