President Obama on Absent Fathers and Being an Engaged Parent 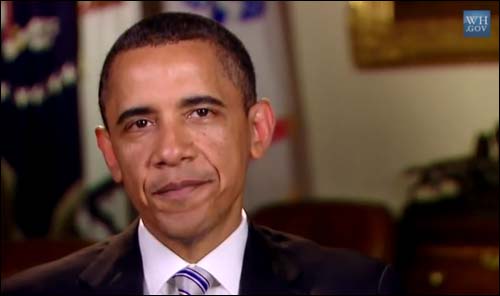 In his weekly address this Father’s Day, President Barack Obama discusses the importance of being a present and attentive parent. He emphasized how vital it is for dads to be active in the lives of their children, and how very much kids need your time, guidance and unconditional love.

Obama also mentioned  the impact upon his own childhood of his absent father while he was growing up. He pondered how his life might have been different if his dad had been more involved in his life and had not left when he was just an infant:

“I grew up without my father around. He left when I was two years old. And even though my sister and I were lucky enough to have a wonderful mom and caring grandparents to raise us, I felt his absence; and I wondered what my life would have been like had he been a greater presence…”

Even though most of what the president states in his weekly video address is fairly straight forward good parenting advice, I found myself choking up while I was listening to him speak about the loss of his father’s presence in his life. I must confess that sometimes I am really an emotional weepy sap.

My own violent abusive father abandoned our family while I was still in grade school, and each year Father’s Day seems to always stir up a painful complicated mixture of feelings and emptiness. Even though they could sound a bit trite, Obama’s simple strong words about how much your children need you to be engaged and involved in their lives actually brought me to tears.