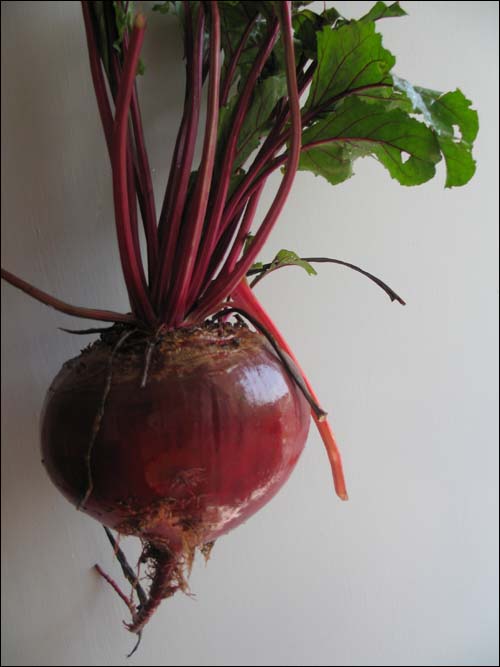 In a major victory for sustainable farmers everywhere, the Ninth Circuit Court of Appeals just issued a summary order upholding the previous decision in a long-running lawsuit over the impacts of genetically engineered (GE) “Roundup Ready” sugar beets. The ruling allows all previous court rulings in favor of farmers and environmental activists to remain in place, and it also mandates that the USDA now must extensively research all of the potential hazards of Monsanto’s modified plant.

The court  decision includes an order requiring the U.S. Department of Agriculture (USDA) to rigorously review all of the possible detrimental impacts of Monsanto’s Roundup herbicide modified sugar beets, before deciding whether to again allow their future commercial use. Monsanto’s vegetables have been engineered to tolerate massive amounts of toxic chemicals, which collects in their tissues, and are then released into the soil over the course of the plant’s life.

“Today’s order cements a critical legal benchmark in the battle for meaningful oversight of biotech crops and food. Because of this case, there will be public disclosure and debate on the harmful impacts of these pesticide-promoting crops, as well as legal protections for farmers threatened by contamination.”

The engineered beets pose a number of potential threats to our environment. Much in the same way that Monsanto developed “Terminator” technology, which renders seeds sterile and unable to be saved, these GE crops can infect native plants, creating mutated “superweeds” and wreaking utter havoc. In discussing the environmental impact of Roundup-resistant plants, the Center for Food Safety reported that:

“CFS, Organic Seed Alliance, High Mowing Organic Seeds, and the Sierra Club, represented by CFS and Earthjustice, challenged the USDA approval in 2008. They argued that GE sugar beets would contaminate organic and non-GE farmers of related crops, such as table beets and chard, as well as increase pesticide impacts on the environment and worsen the current Roundup-resistant ‘superweeds’ epidemic in U.S. agriculture.

In September 2009, Judge Jeffrey S. White in the federal district court in San Francisco agreed, and ordered USDA to prepare an Environmental Impact Statement (EIS) assessing these and other impacts, as required by the National Environmental Policy Act (NEPA). In August 2010, after a year of vigorous litigation over the proper remedy for USDA’s unlawful approval, the court again agreed with plaintiffs, threw out the USDA’s approval, and halting planting.

Monsanto and other biotech industry intervenors appealed on procedural grounds which, if granted, threatened to undo the earlier rulings. Today’s order dismissed that appeal and affirmed the lower court’s rulings.”

In light of the court’s support for the lower court decisions, Earthjustice attorney Paul Achitoff offered his insight into the history of the federal agency blatantly supporting Monsanto:

“Dismissal of the appeal confirms that the district court rightly concluded that in this case, as in every other case that has challenged USDA’s oversight of genetically engineered crops, the agency has flouted the law, favoring the interests of Monsanto over those of American people. With every court decision the need for fundamental reform in this area becomes ever more obvious.”

It may or may not surprise you to learn that this Environmental Impact Statement is only the second time that the USDA has ever undertaken extensive study of any GE crop in over 15 years of blithely approving such plants as “safe” for all of us to eat. Incidentally, both of these studies were not undertaken voluntarily by the agency, they were court-ordered. The USDA has said that it expects to finish the GE sugar beets EIS, and will come to a decision about the issue at some point in 2012.