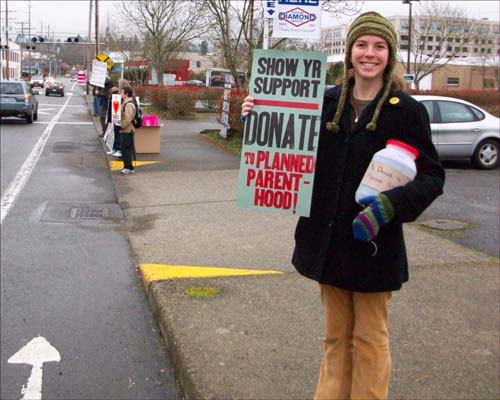 Although our nation’s budget struggle is over for the moment, the extreme right’s repeated rabid attacks on Planned Parenthood funding have generated some unexpected consequences. All federal money for the vital health agency has remained in our national budget; but the Republicans’ obsession with restricting abortion access, as well as ongoing threats from anti-abortion fringe groups, have now only served to greatly increase both public support and donations for Planned Parenthood.

What Planned Parenthood Actually Does

All of the recent contrived controversy surrounding Planned Parenthood is especially ironic, particularly when you consider that most of what they do is prevent unwanted pregnancies; only 3% of their patient care is for abortion services. For millions of women in the United States, the clinics provide their only access to any kind of health care whatsoever. And even though nearly all of what happens at Planned Parenthood actually helps prevent abortions and disease, many right wing extremist groups remain inexplicably fixated upon destroying the organization. 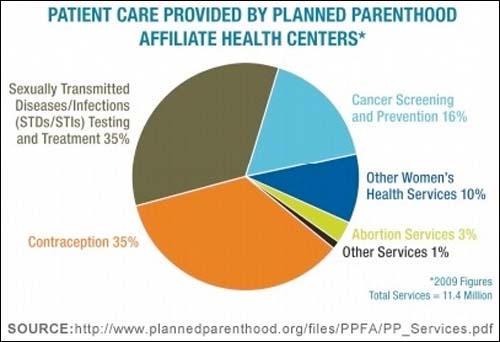 For decades in this country scattered groups of anti-abortion extremists have been relentlessly harassing women’s health clinics and abortion providers. Their tactics have ranged from bombings, death threats and physically damaging clinic facilities, to intimidating female patients in need of care with gruesome placards and anti-abortion propaganda. Some of this domestic terrorist activity has even culminated in the tragic assassination of dedicated medical professionals, such as the recent murder of Dr. George Tiller in Kansas.

Dr. Rachel Maddow has discussed the increasingly limited access to abortion in many regions of the United States; as well as the difficult plight of another doctor in Kansas, who is attempting to provide health care for women after the murder of Dr. Tiller.

“On paper, if you are an American woman, you have the right to get an abortion if you think that you need one. In reality, in many places you do not really have that right; and you really do not have that right because of violence and intimidation, and that supposedly is not the way that you get your way in America.” 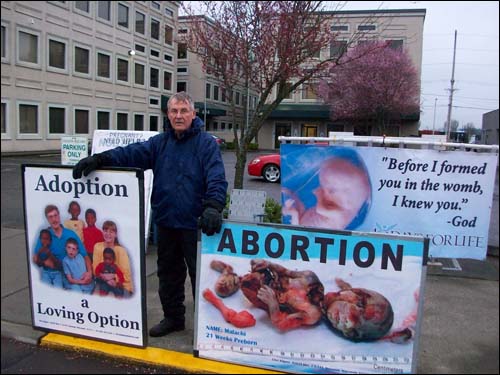 When a small group of anti-abortion rights protesters began to picket the Planned Parenthood health clinic in Olympia, Washington, the local citizens got organized, and began to fight back against the attempted intimidation. Every week residents of the capitol city have been lining the streets in front of their health clinic to show their love and support for the organization, as well as for the important health services that the facility provides to the community. 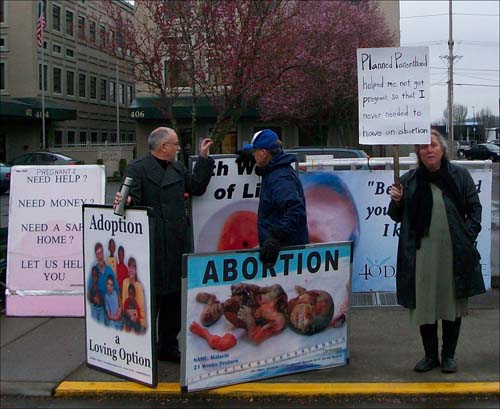 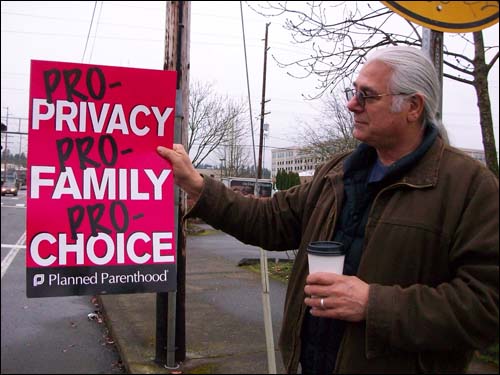 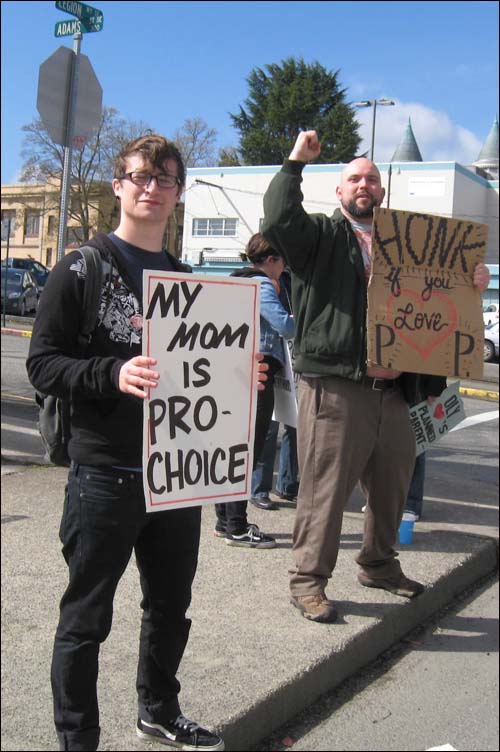 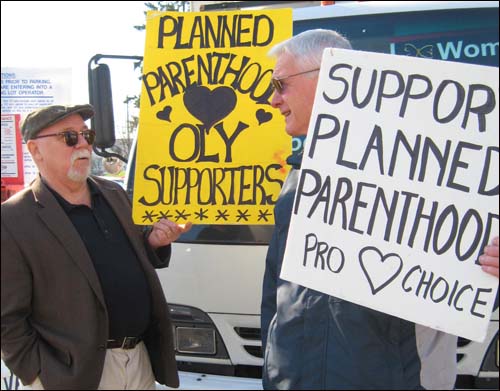 While we were demonstrating in front of the clinic, both groups of people on the street were generally very respectful and polite to each other. I had been told by one of the local clinic support organizers, Sarah Adams, that in previous weeks one of the anti-abortion protesters had been behaving in a very belligerent and combative manner, although nothing like that happened when we were there.

While we were respectfully demonstrating our support for the health clinic, more than a third of the morning commuters honked, rang their bicycle bells, or waved their approval. Over the course of the wet morning, five different people stopped to donate money to Planned Parenthood, and also thanked us for what we were doing. Some random individuals even dropped off hot coffee and fresh muffins to help sustain us. 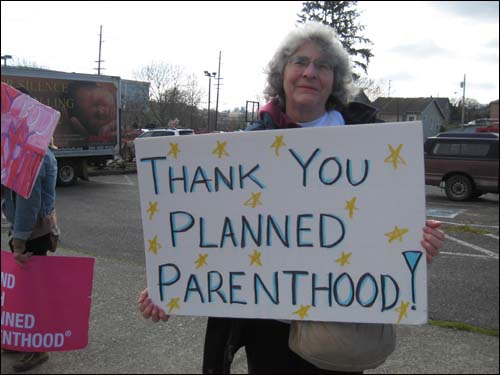 As other regions and states continue to restrict a woman’s access to safe and legal abortion services, many people here in the Pacific Northwest and elsewhere are rising up to defend our access to health care, contraception and reproductive choice. We are beginning to loudly proclaim just how much we love and need Planned Parenthood.

Seeing this locally grown peaceful activism here in Olympia is really powerful and exhilarating. Perhaps this type of hands-on direct political action will become a model that inspires the vast majority of people in this country who support abortion rights to speak out and make their voices heard. 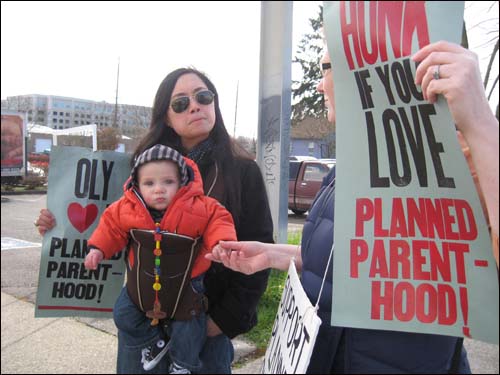 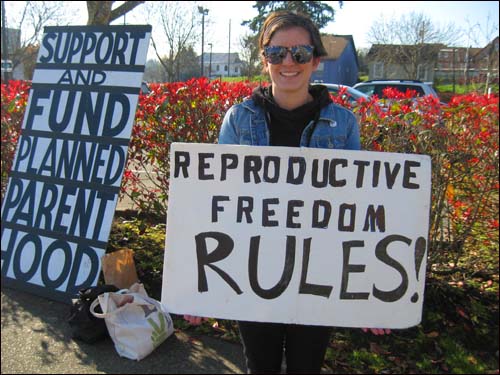 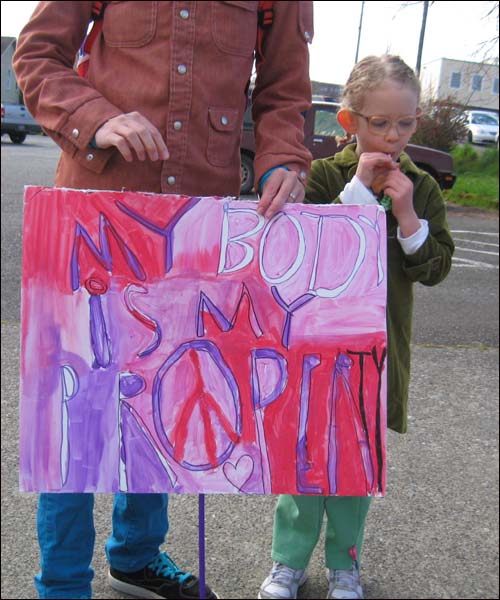 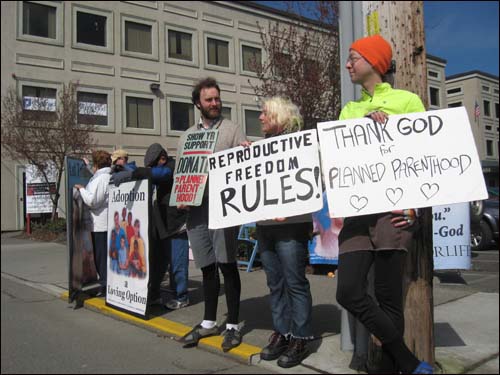 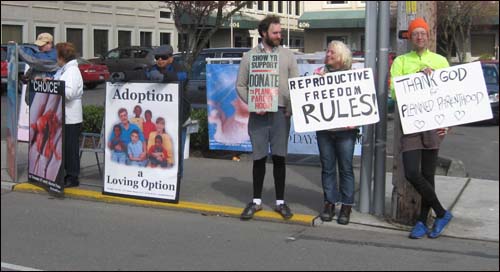 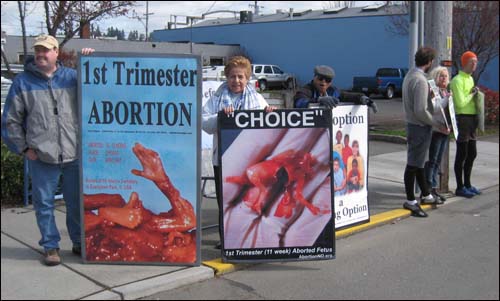 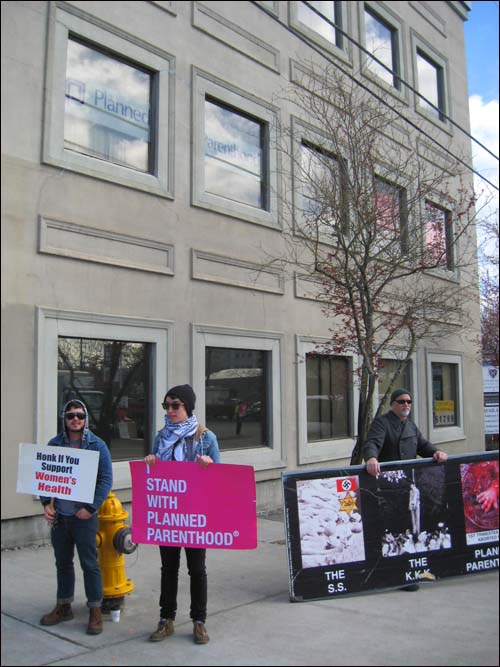 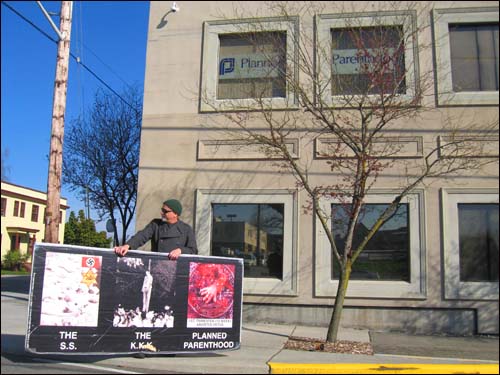 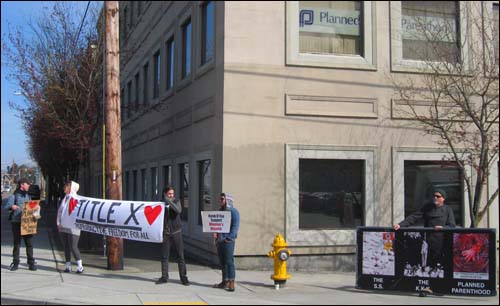 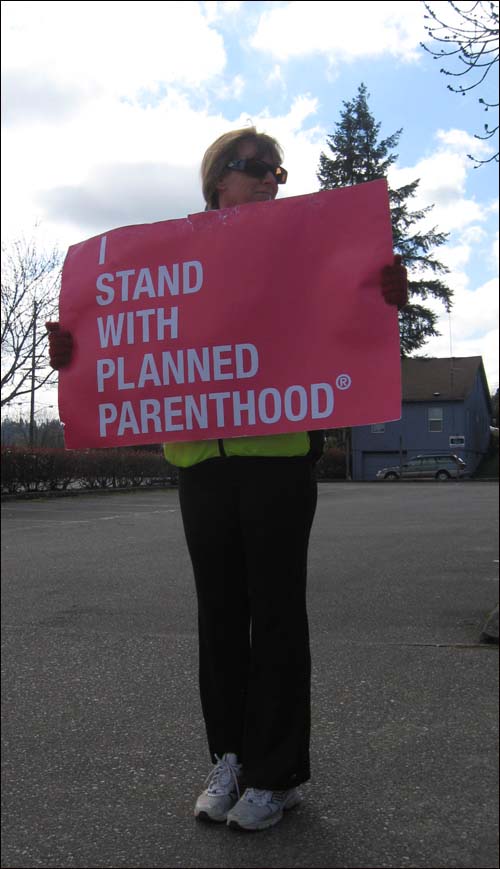