Trouble in Farm City, and How You Can Help

Home » Blog » Food » Trouble in Farm City, and How You Can Help 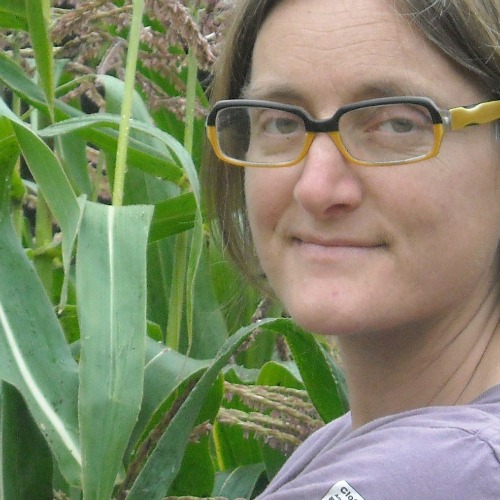 Urban farmer extraordinaire, Novella Carpenter, has recently hit a wall of bureaucracy with the city of Oakland that threatens the very existence of her small farm.

Carpenter is the author of the popular and engaging book “Farm City: The Education of an Urban Farmer”, and has been raising food on an open parcel of land that she owns in Oakland. She was recently informed by local officials that growing vegetables on an empty city lot is illegal, and furthermore, raising livestock without a $2500 Conditional Use Permit, (she has chickens, goats, rabbits, and at one time had two pigs) is also illegal. I would argue that a lot with a farm on it is not empty, but that’s just my own twisted logic.

Although the city of Oakland is slated to change the law to allow growing vegetables, the one banning livestock will remain. In her own Ghost Town Farm blog Carpenter shares her perspective about the ongoing bureaucratic ordeal:

“The deal is that growing any food on an ’empty lot’ in the City of Oakland is illegal. I’m supposed to have applied for a conditional use permit to grow vegetables. What’s crazy is this law is on lots of books throughout America. Now that just ain’t American–can’t we do what we want on our private property? After 8 years of flouting laws by squat gardening in the lot, I lost my punk renegade status when I bought the lot, but now, paradoxically, my outlaw status was regained by buying it and continuing to be a farmer. Shoulda stayed punk, I guess.”

Why should we care or act to help prevent the death of this small urban farm? Carpenter has played a huge role in bringing more attention not only to the need for access to fresh produce in the inner city, but has also helped to encourage the much needed transformation of vacant open spaces into thriving local food oases.

Farms are no longer way out in the country somewhere; they might be on your city street corner, or growing atop the suburban neighborhood rooftop next door. Novella is certainly not the first to grow food locally in the city of Oakland. Although through her engaging book, in which she shares her struggles transforming a weedy vacant lot into a productive urban farm, she has captured the imagination and attention of people across the country. This woman has guts and grit is not afraid of hard work, nor dreaming big.

So as a dedicated suburban farmer, I’m proud to show my support and donate towards Carpenter’s cause to get the expensive permit that the city of Oakland is demanding. If you are so inspired, you can help too. We need more dreamers and doers to make positive change happen, even if it’s one city-lot-sized farm at a time.