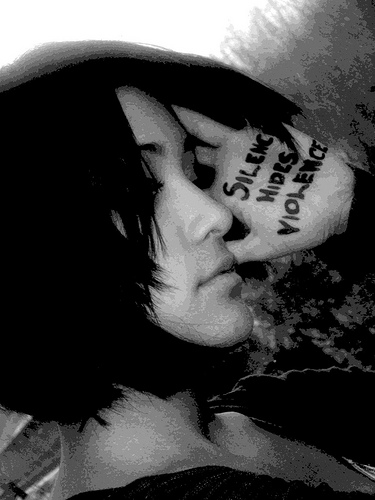 On March 9, 2011 the Arizona Coalition Against Domestic Violence asked that two prominent Arizona politicians step down from public office. Senator Bundgaard and Representative Patterson have both received public attention for domestic violence situations involving law enforcement. Bundgaard, a Republican, and Patterson, a Democrat, prove violence is universal and beyond politics. Thankfully, colleagues on both sides of the aisle have found a uniting cause in condemning the acts of these politicians. Republican Senator Ron Gould of Lake Havasu City took a stand, stating: “Getting in a fistfight with your girlfriend on the side of the freeway is behavior unbecoming a senator…I won’t be led by somebody who does those kinds of things.”

What makes the Bundgaard case so viable to ethics is how he invoked legislative immunity to avoid being arrested while his girlfriend was forced to spend the night in jail. Most interesting is a quote from the law which discusses when the privilege is not enforced: “all cases except treason, felony and breach of the peace, and they shall not be subject to any civil process during the session of the Legislature, nor for 15 days before the commencement of each session.” Citizens and lawyers are mutually puzzled at how domestic violence is not considered a breach of peace.

Senate President Russel Pearce has come out in support of Bundgaard and even promoted him as a victim. Many organizations working with domestic violence victims are not surprised by Pearce’s stance considering his long history of punishing abuse victims. 2002 would have been a banner year for abusers in Arizona if Pearce had his way. He co-sponsored a bill that would require victims to get a court hearing and present a police report before they would be given protection. He then became the one dissenting vote for a bill that would increase the sentence for abusers of pregnant women. The topper was his vote against a bill which would eliminate fees victims endured under police protection. This bill was required for compliance in the federal Violence Against Women Act.

Arizonans are again left to wonder who really is looking out for women and children in this state when our “supposed” models are above the law? Eventually Bundgaard stepped down from majority leadership, but still holds public office. Even colleagues like Senator Gould who took issue with his leadership have yet to fully support his removal from office. As with most politics in the Valley of the Sun, citizens are often left waiting, a very long time, until politicians decide to do the right thing. And sometimes the their definition of the right thing varies greatly from that of society as a whole.