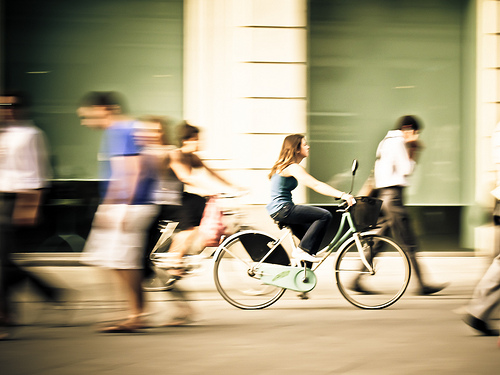 Now, if you live in Madison, you can join many of your fellow bike-crazy Wisconsinites and ride a bike instead of driving — and you don’t even have to own a bike. Wisconsin-based Trek Bicycles is donating $1 million for startup costs, plus another $1 million for each of three subsequent years, to bring it’s rental bikes program (B-Cycle) to Madison.

The program will begin with 35 B-cycle stations and 350 bicycles available in the spring of 2011 and grow from there. Trek’s Eric Bjorling told Kirsten Frattini of Bike Radar that Trek is committed to making Madison, already a bike-friendly town, a “world-class bike city.” He goes on to say, “We anticipate that B-Cycle will be a huge success in Madison. Madison has the infrastructure, culture and population to make this program work.”

Even the city of Madison is on board, contributing $100,000 for each of the next three years to the effort. Trek first launched the program in Denver last year, with another program set to start this spring in Boulder, as well. Bjorling is pleased with the success of the program in Denver and expects that the Boulder and Madison programs will be well-received. “If the initial reaction from the public is an indicator, B-Cycle will be great for Madison.”