The Greening of the San Francisco Flower and Garden Show 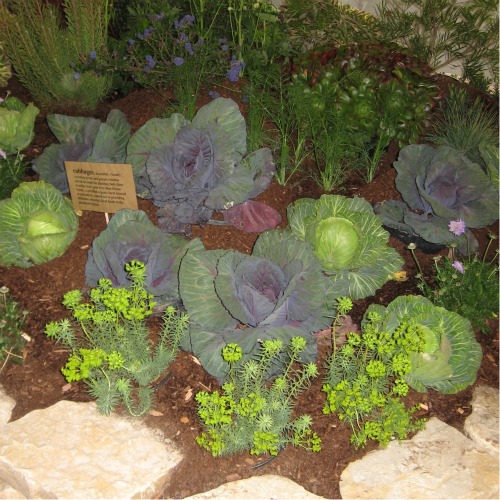 The changing aesthetic in designs for suburban gardens was clearly reflected in the San Francisco Flower and Garden Show this past weekend. Now in its 26th year, the show emphasized green lifestyles as expressed through gardening with edible and native plants. Besides featuring edibles in many of the twenty design display gardens, the show included a separate 6000 square-foot edible garden designed by Oakland-based Star Apple Edible Gardens.

Among the innovative features of their display were a chicken coop with a living green roof  designed by Modern Cabana, and “potato tower planters” installed by the Sunset Magazine Test Garden Team.

One of the more interesting garden designs was the PI R Squared garden, by Jeffery Gordon Smith Landscape Architecture. Landscape designer Tom Hessel described their use of re-purposed waste material as upcycling.  Attractive planters made from corrugated drain pipe and other industrial waste materials, such as rusted metal parts, created a sculptural and beautiful landscape with drought tolerant plants. 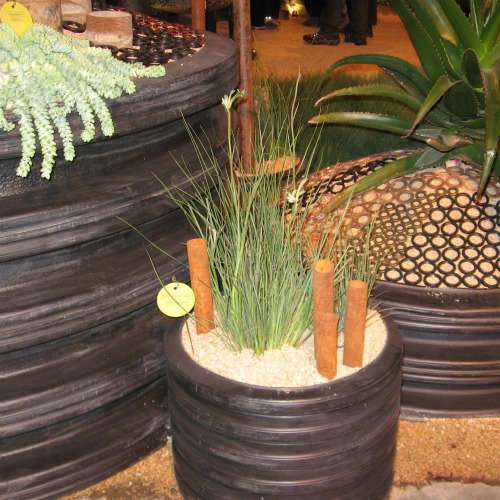 Transform your Lawn into an Edible Landscape

New to this year’s show were cooking demonstrations and talks by six Bay Area chefs, including Alice Waters of Chez Panisse, the champion and hero of bringing fresh, local, organic food into the restaurant setting, and a tireless proponent for the “edible schoolyard” movement. And in addition to the usual garden seminars on conventional subjects such as pruning Japanese maples or landscaping with succulent plants, the seminar offerings this year took on a decidedly urban-gardener-activist tone.

The subjects ranged from Lawn Reform and The Aesthetic Edible Front Yard, to Composting for Climate Change and The Magic of Composting with Worms. 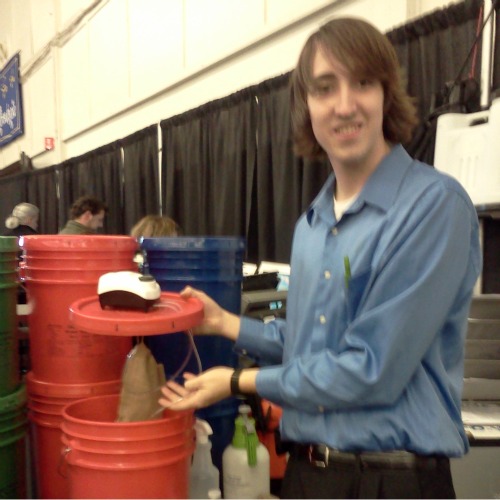 The exhibitors included Urban Worms, a company that sells live worms and worm bins for “vermicomposting” and beneficial insects for the garden. The worms efficiently process kitchen scraps into a rich soil amendment and are low maintenance. The liquid or “worm juice” collected from the bins is also valuable as a potent fertilizer that can be added to the garden. 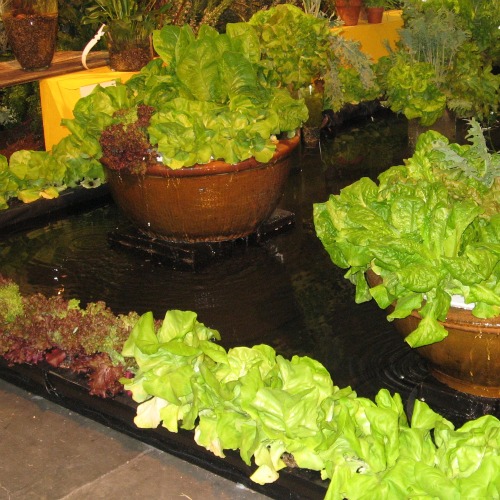 This year’s SF Flower and Garden Show demonstrated that landscaping with vegetables is no longer taboo in suburbia, and that a green lifestyle is an opportunity to showcase sustainable creativity.