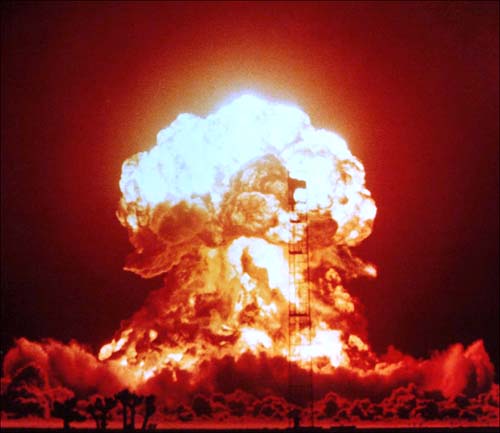 It’s the end of the world as we know it, but that is not a bad thing. This is the dawn of a new era in which the planet’s residents finally realize that nuclear energy was a really bad idea.

The horrific growing nuclear meltdown crisis in Japan is hopefully going to be the wake up call that we need to begin dismantling all of the nuclear reactors on the planet. Sustainable energy sources, like solar and wind, are now not only far cheaper than nuclear power, they are safe, clean and easy to repair when something goes wrong.

Germany has already announced that is will be shuttering some of their old nuclear plants, and the world press is widely proclaiming that the nuclear disaster in Japan is a “clear signal” to close nuclear plants. Patricia Lorenz, a nuclear campaign spokesperson based in Belgium, reiterated that the Japanese tragedy highlights the undeniable fact that:

“…no matter how prepared, there are risks with nuclear power, and the consequences of unpredictable events can have disastrous outcomes for people and planet. European leaders must take note of the growing nuclear crisis in Japan, and act now. Europe needs a phase-out plan for nuclear, and must open the way for safe solutions to climate change and energy security. The only safe and secure form of energy is that which harnesses clean, renewable resources, or the energy we save through increased energy efficiency.

The catastrophic events in Japan are a clear signal that high risk reactors across Europe need to be shut down, and the process needs to start immediately.”

On her news show recently, Dr. Rachel Maddow has been doing an excellent job of explaining just what is going on with Japan’s nuclear crisis, and how a meltdown occurs. She clarified that the real threat at Fukushima is not the reactors exploding, but the millions of pounds of spent nuclear fuel rods that are stored on site, with much less protection than the reactors.

How could anyone ever think that it would be possible to safely store billions of pounds of deadly radioactive waste for thousands of years into the future? That is just utter insanity. I sincerely hope that today is beginning of the end to our long nuclear nightmare.

image is via Wikipedia