CicLAvia 2011 Will Be in April, July, AND October 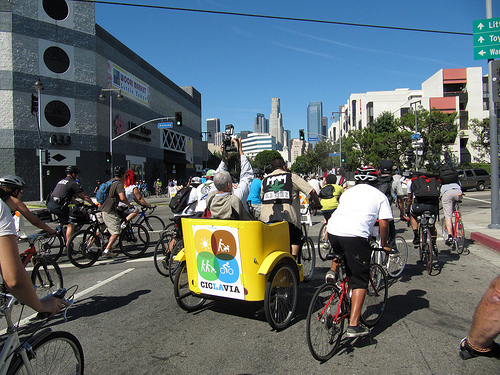 CicLAvia 2011 (that would be Ciclovia in Los Angeles) will be held three times this year, according to… CicLAvia. “The route will be more-or-less the same as 10-10-10, with expansion to South L.A., Boyle Heights, and/or Chinatown as CicLAvia works with these communities and gets the new extensions ready and permitted – most likely in October,” for those interested in the actual details. 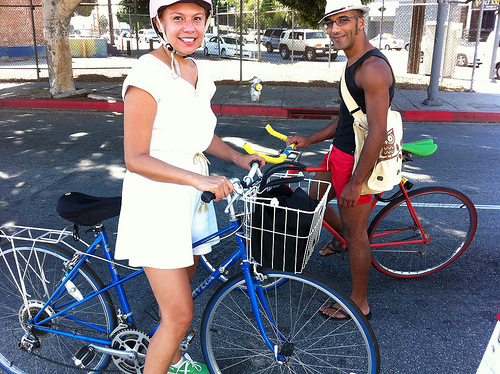 What is CicLAvia or Ciclovia?

If you’re not familiar with it, Ciclovia, which started in Columbia, literally translates from Spanish to English as “bike path,” but it is a term adopted worldwide to mean a temporary closing of a road for bicyclists, pedestrian, roller bladers, and so on, often combined with other events such as music performances, aerobics, yoga, or whatever the local activists and citizens think up. These totally carfree events may occur weekly, as in Bogotá, Cali, Medellín, once a year, or something in between.

Bogotá is credited with the first “ciclovia” event, in 1976, organized by Jaime Ortiz. Mayors Hernando Duran Dusan and Enrique Peñalosa have helped the events to grow and gain international recognition as well.

CicLAvia started in Los Angeles in October, 2011 for the global 10/10/10 work party. It looks like it is going to expand fast. 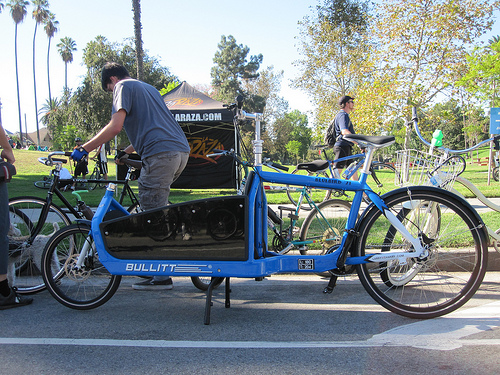 CicLAvia has announced the specific dates for the 2011 events and has created Facebook pages for them. Click on the dates below to visit the Facebook pages and find more info on the events:

For a lot more information and to help plan and organize the events, you can also visit CicLAvia.