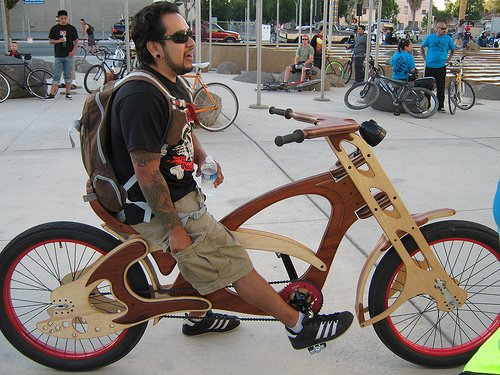 The seventh annual North American Handmade Bicycle Show is set to kick off February 25-27 in Austin, Texas and even though the event is still several weeks out, it’s already shaping up to the biggest and grandest iteration to date.

According to show founder and director Don Walker, there are currently 150 exhibitors registered from around the globe including longtime industry icons such as Richard Sachs, Nick Crumpton, Dario Pegoretti, Independent Fabrication, Sycip Designs, and Vanilla Workshop, along with perennial crowd favorites such as Naked Bicycles, Black Sheep Fabrication, Engin Cycles, and DeSalvo Custom Cycles. More exhibitors are expected as the deadline looms and Walker estimates visitor attendance to approach 9,000.

Looks like a droolfest for bike lovers. Wish I could make it.