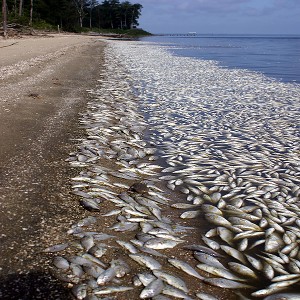 Possible Cause of Both Mass Fish and Bird Deaths

Note that some combination of several of these possibilities could explain what has happened in recent days.

To be quite honest, I am still quite unsure what I think the most likely cause(s) of the deaths is or are.