High-Speed Trains in Russia and Turkey 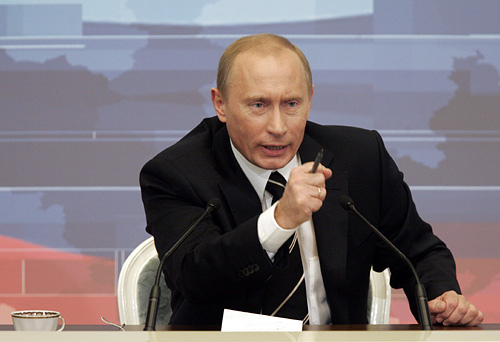 Turkey got its first high-speed trains back in November 2007. It’s state railway company (TCDD) was the 8th in the world to operate high-speed trains (and the 6th in Europe). News now is that the country has just started testing out some bullet trains. Turkish Prime Minister Recep Tayyip Erdogan attended an inaugural run on December 17th. Testing of these bullet trains is expected to finish in the summer of 2011 and then they will be officially launched for use on Turkish high-speed rail lines.

Meanwhile, over in Russia, Prime Minister Vladimir Putin has just announced that Russia, which was recently selected to host the 2018 FIFA World Cup (beating out England, Spain/Portugal, and Holland/Belgium for this great opportunity), will have high-speed rail connecting all of its host cities by 2018.

“It will be a powerful incentive for the development of high speed rail services in the European part of Russia,” Putin said.

The host cities that high-speed trains will be running back and forth between are Moscow, Kazan, Samara, and Ulyanovsk.

Putin made this announcement after trying out a new high-speed train from Finland to Russia. He and Finnish President Tarja Halonen got to go on “an inaugural journey on the French-made high speed Allegro train linking Helsinki to St. Petersburg” last week.