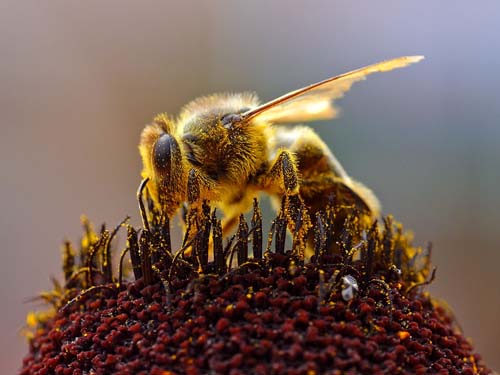 Thanks to leaked official documents, we now have a bit more insight into what may be contributing to the increase of colony collapse disorder, and causing the death of our planet’s bees. A recently leaked memo has shown that the Environmental Protection Agency blatantly disregarded the findings of its own scientists, and allowed the Bayer Corporation to market its toxic pesticide, clothianidin, despite repeated warnings that the chemical could be devastating to a wide variety of creatures, most especially pollinating bees.

The Bayer corporation earned over $262 million dollars last year in sales of its deadly toxin clothianidin. In the United States, the dangerous pesticide is used on a variety of chemically grown crops, including corn, cotton and canola, even though it is highly toxic and is already banned in many other countries. According to Grist, the 101 page government memo was leaked to Colorado beekeeper Tom Theobald, and the document:

“… reveals that EPA scientists have declared essentially rejected the findings of a study conducted on behalf of Bayer that the agency had used to justify the registration of clothianidin. And they reiterated concerns that widespread use of clothianidin imperils the health of the nation’s honeybees.

Clothianidin has been widely used on corn, the largest U.S. crop, since 2003. Suppliers sell seeds pre-treated with it. Like other members of the neonicotinoid family of pesticides, clothianidin gets ‘taken up by a plant’s vascular system and expressed through pollen and nectar,’ according to Pesticide Action Network of North America (PANNA), which leaked the document along with Beyond Pesticides. That effect makes it highly toxic to a crop’s pests — and also harmful to pollen-hoarding honeybees, which have experienced mysterious annual massive die-offs (known as “colony collapse disorder”) here in the United States at least since 2006.“

The leaked EPA memo clearly explains that Bayer’s pesticide poison is not only deadly to bees and insects, but also:

“…poses an acute and chronic risk to freshwater and estuarine/marine free-swimming invertebrates.”

The document goes on to explain that, in addition to killing invertebrates and small birds, clothianidin also produces an acute and chronic risk to honey bee populations:

“Clothianidin’s major risk concern is to nontarget insects (that is, honey bees). Clothianidin is a neonicotinoid insecticide that is both persistent and systemic. Acute toxicity studies to honey bees show that clothianidin is highly toxic on both a contact and an oral basis. Although EFED does not conduct RQ based risk assessments on non-target insects, information from standard tests and field studies, as well as incident reports involving other neonicotinoids insecticides (e.g., imidacloprid) suggest the potential for long term toxic risk to honey bees and other beneficial insects. An incident in Germany already illustrated the toxicity of clothianidin to honeybees when allowed to drift off-site from treated seed during planting.”

Given the ugly history of the Bayer Corporation, as makers of chlorine gas, Nazi war profiteers, as well as supporters and financiers of  torture, their treacherous behavior regarding this deadly chemical does not seem like much of a surprise. Bayer was the only company in Germany to actually run one of the Nazi death camps; the company not only sponsored the cruel and horrific “experiments” of Nazi Dr. Josef Mengele, in 1956 convicted war criminal Fritz ter Meer became chairman of the company, after having been sentenced at the Nuremberg trials to seven years’ imprisonment for his role in torturing and experimenting upon thousands of human prisoners in Nazi death camps.

When asked whether he had considered human medical atrocities in Auschwitz to be justified, he replied that this was irrelevant because:

“They were prisoners thus no particular harm was inflicted, as they would have been killed anyway.”

But what is the reasoning behind the EPA’s approval of this dangerous poison? Clothianidin has already been banned by Germany, France, Italy, and Slovenia because it is so dangerously toxic. Why is the Environmental Protection Agency still allowing this devastating chemical pesticide to be used? The EPA is allegedly in charge of protecting our environment, yet it increasingly sides with agri-business and chemical corporations. This time their reckless and irresponsible decisions could potentially destroy our entire food system by knowingly allowing the senseless slaughter of our planet’s most vital pollinator, the bee. 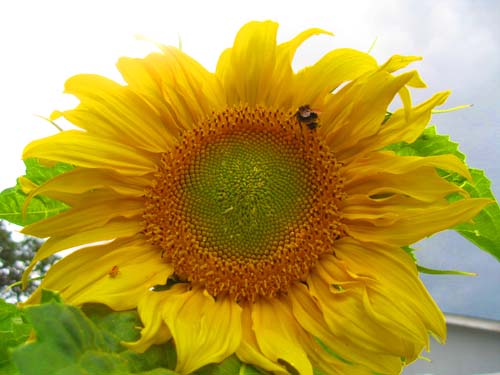