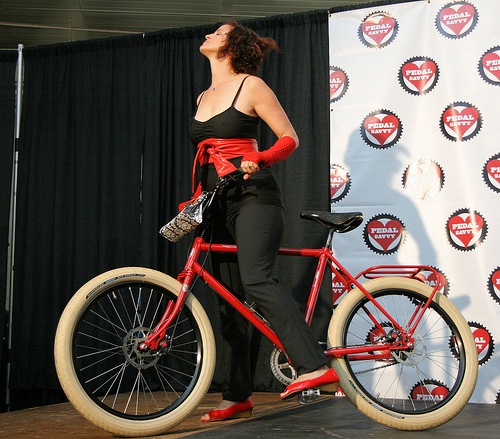 Yes, an increase from 29.8% to 30.3% isn’t huge, but you know how we all love factors of 10. And I think this overall percentage is something worth praising. 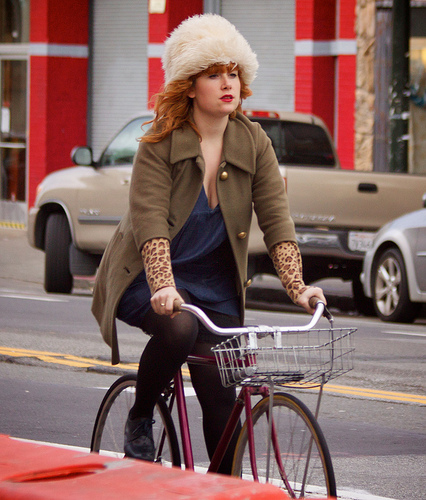 Although, hopefully the city can increase this number more significantly in the years to come — 28% of households in Albany, NY are carfree, 37% are in Washington, D.C., and over 55% of New York City households are carfree. (And note that cycling has increased tremendously in New York City, D.C., and across the country in the past decade, so these numbers from the 2000 census are also probably higher now.)

Unfortunately, while nearly 2,000 households went car-free from 2008-2009 (the San Francisco data above are based on census data from those years), “1,000 more households had two cars or more [and] 4,000 more had at least three cars,” Matthew Roth of Streetsblog San Francisco reports.

Some of the comments on Streetsblog San Francisco, where I found out about this news, are interesting to read… (they are in response to the writer’s question as to what readers thought caused the increase):

“Unemployment and/or recession. I think people realized what a waste of money owning a car is and they became enlighten to the fact you don’t need a car to be a productive member of society – no matter what the tv says.”

“The increase in parking costs and citation fees!

“If you own a car and don’t move it from one side of the street to the other every 72 hours, the city tows your car and charges you $1000. You get punished for owning a car and not using it, so it’s easier/cheaper just not to own a car at all.”

“I think that with the combination of excellent transit of services like City Carshare and Zip Car that owning a car in the city doesn’t make a lot of sense. Given the current economic situation I believe that people are recognizing that there are other better alternatives.”

“My family went from 2 cars to 1. Too much maintenance on the old clunker, not much use for it, and we joined city carshare (though no one’s had to use it yet).”

“My 5-person household (only 2 have driver’s licenses) went car-free a year ago when we moved to a more central location much closer to my kids’ schools. The main motivation was to simplify our schedules (and lives

. It didn’t hurt that no one used the car for daily routines anyway, and no one wanted to be in it! (Or deal with parking… ugh!) Saving $5000/year is just the icing on the cake. That may not sound like much, but after a few years it starts to add up to real money!” 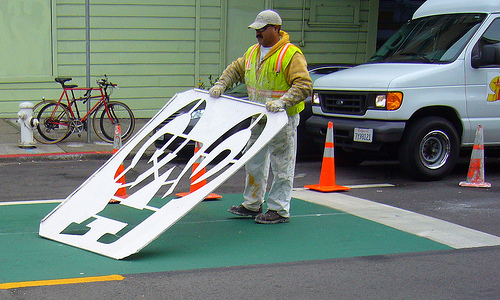 For sure, the Pavement to Parks projects, colored bike lanes, and other sustainable transportation initiatives in San Francisco will further encourage people to get out of their cars and use muscle-powered transport or public transit more. Kudos to San Francisco. Have you gotten on a bike or bus or streetcar recently?