The Climate Trial We Should Be Having 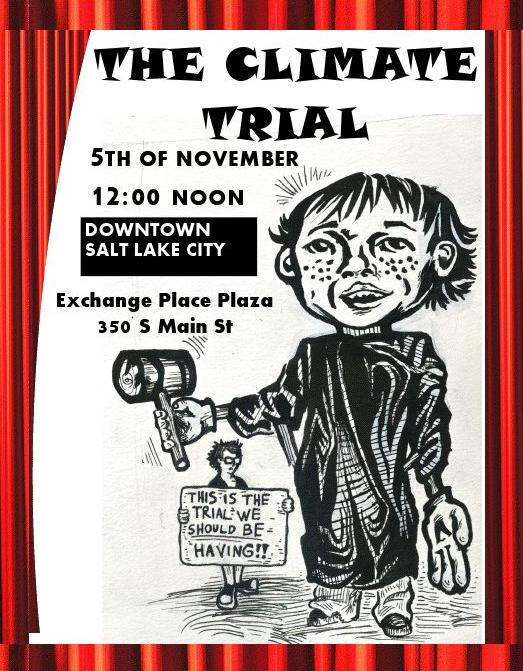 If you don’t know Tim DeChristopher, or Bidder #70, this Friday is your chance to learn more about him and why he is facing many years in federal prison.  His trial has been delayed eight times now, perhaps in an attempt to keep the public eye off contentious issues: the hawking of pristine public lands to gas and oil developers and the connection between burning dirty fuels and climate disruption.

What did Tim DeChristopher do?

In December of 2008, in the waning days of the out-going Bush Administration, DeChristopher registered as a bidder at a fire-sale auction of gas and oil leases at the Bureau of Land Management offices in Utah.  Hundreds of thousands of acres of public land–many of them adjacent to national parks–were being auctioned off parcel by parcel to the highest bidder for oil and gas drilling.

As Bidder #70, DeChristopher won several leases worth a total of $1.8 million dollars. The problem was he didn’t have the intent nor the ability to pay the money, which threw the whole auction into disarray. However, it did accomplish his real intent–to stop what he considered the far higher crime of despoiling public land and furthering climate change with oil and gas development.  It also exposed the corrupt leasing process, which was later nullified by Interior Secretary Ken Salazar under the Obama Administration.

Tired of the delays, DeChristopher and his supporters are going ahead with a trial of their own this Friday across from the federal courthouse in downtown Salt Lake City. They are calling it the Climate Trial that should be taking place and will be performing interactive street theater that is sure to humorous with serious themes.  According to the website, “This trial is not just about Tim; it’s about holding the real criminals accountable. Join us—you’ll be the jury—deciding where the responsibility lies for passing on a healthy world to our children.”

Once his court date finally arrives (now set for Feb. 28, 2011), DeChristopher potentially faces many years in prison and hundred of thousands in fines for the two felonies with which he is being charged.

Thousands across the country have rallied in support of DeChristopher and are preparing to come to Salt Lake City or hold solidarity actions elsewhere during his trial.  Some big names have also expressed their support, including Bill McKibben, James Hansen, Robert Redford, Naomi Klein, and Terry Tempest Williams, who all signed a public letter of support and urging mobilization during the trial.

Here is one statement from the letter, concerning DeChristopher’s felony charges:

“The government calls that “violating the Federal Onshore Oil and Gas Leasing Reform Act” and thinks he should spend ten years in jail for the crime; we call it a noble act, a profound gesture made on behalf of all of us and of the future.”

Here is DeChristopher speaking at the Salt Lake City Global Day of Action on 10/10/10 last month: