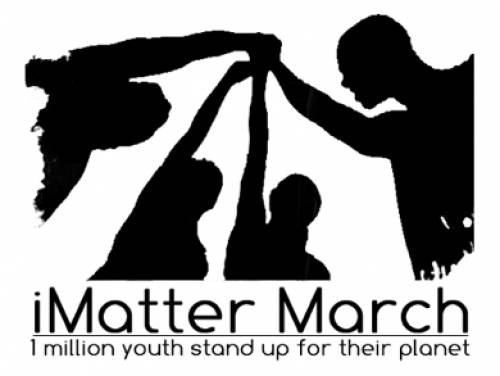 Alec Loorz, founder of Kids vs. Global Warming, began his career as a climate change activist when he was 12 years old. You read that right, 12! That’s when he saw Al Gore’s “An Inconvenient Truth” that “changed his life forever.” He became so moved that he has been speaking truth to power, organizing and empowering youth, and speaking to large audiences ever since. He’s now a junior in high school and a winner of a Brower Youth Award.

At Bioneers 2010 last weekend Loorz announced the iMatter March on Mother’s Day, May 8, 2011. He called it a “million kid march” for climate and energy action.  He is calling on youth and supporters from all around the nation to organize and turn out on Mother’s Day to raise awareness about climate destabilization, our relationship with the biosphere, and to call for strong action on energy.  Loorz understands that it is his generation that will have to live with the decisions made by today’s so-called leaders.

Alec believes that “youth have a unique sense of moral authority on this issue. It’s our planet now. And we are going to have to grow up and face the consequences of what the world does, or fails to do.”

If you haven’t had a chance to hear Alex Loorz speak, do yourself a favor and watch the TED talk video below. Loorz is a powerhouse of youthful exuberance and a born leader. It’s hard not to get pumped up by Loorz’s talk of revolution and a new way of living.

Next month iMatter will be launching a global map for organizers to register their actions and providing tools for leaders to turn their marches into reality.  You can also get the iMatter app to help connect youth from around the world to one another and coordinate actions.