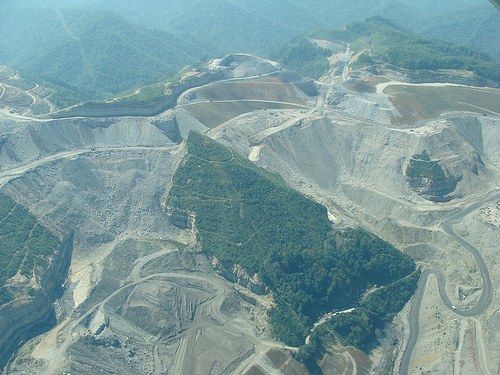 Thousands of Appalachians from impacted communities along with allies and supporters of clean energy across the nation will gather together in D.C. for a movement summit demanding the abolition of the practice and promoting a diverse and sustainable Appalachian economy.

The mobilization begins with a 2-day Voices from the Mountains conference of strategizing, workshops, and education and culminates on Monday with a Day of Action when attendees will participate in various means of non-violent actions.

According to organizer and West Virginia resident Bo Webb, “Voices from the Mountains will be the largest gathering against mountaintop removal to-date. The time has come to finally bring all these communities to the table around this issue because it is directly-impacted citizens that are going to end this destructive practice and Appalachians who are leading the way towards creating a more diverse regional economy and sustainable future for our region.”

Webb, like thousands of other Appalachians, has witnessed the destruction of the mountains, pollution of waterways, and the manipulation and violations of powerful corporations like Massey Energy.

Leading up to Appalachia Rising: A Native View of MTR