The Horrors of Hydraulic Fracturing 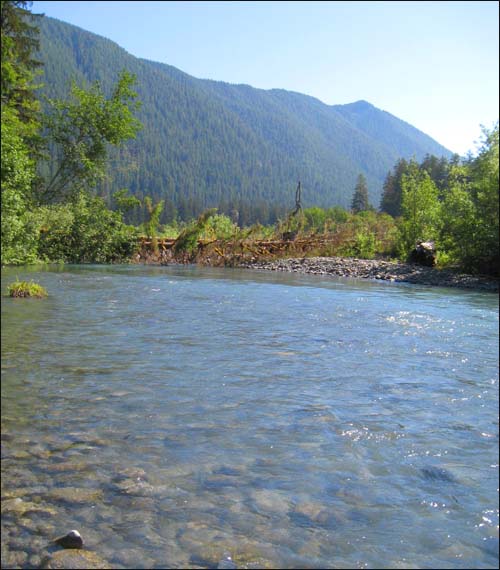 A dangerous method of natural gas extraction called fracking, or hydraulic fracturing, is poisoning our planet’s water supply. The chemical and gas pollution from this destructive mining process is so bad in some areas that contaminated local household tap water actually catches on fire.

Why is It Called Fracking?

In this irresponsible deep natural gas well drilling process (which Cheney’s Halliburton developed) millions of gallons of water, sand and unstable toxic chemicals are blasted into the ground under very high pressure. The fracking process itself is like a small earthquake; the intense pressure “fractures” the shale and creates fissures which enable natural gas to flow into the water supply. Anywhere from 80 to 300 tons of lethal chemicals, such as toluene and benzene, are injected into the earth’s crust each time a well is fracked.

Filmmaker Josh Fox has created an excellent documentary about fracking that is both completely engrossing and horrifying. Gasland is a superb movie, and has won many awards, including the Special Jury Prize at the Sundance Film Festival.

Here is more information about the destructive hydraulic fracturing process from the Gasland website:

What is horizontal hydraulic fracturing?

Horizontal hydro-fracking is a means of tapping shale deposits containing natural gas that were previously inaccessible by conventional drilling. Vertical hydro-fracking is used to extend the life of an existing well once its productivity starts to run out, sort of a last resort. Horizontal fracking differs in that it uses a mixture of 596 chemicals, many of them proprietary, and millions of gallons of water per frack. This water then becomes contaminated and must be cleaned and disposed of.

What is the Halliburton Loophole?

In 2005, the Bush/ Cheney Energy Bill exempted natural gas drilling from the Safe Drinking Water Act. It exempts companies from disclosing the chemicals used during hydraulic fracturing. Essentially, the provision took the Environmental Protection Agency (EPA) off the job. It is now commonly referred to as the Halliburton Loophole.

What is the Safe Drinking Water Act?

In 1974, the Safe Drinking Water Act (SDWA) was passed by Congress to ensure clean drinking water free from both natural and human-made contaminates.

The average well is up to 8,000 feet deep. The depth of drinking water aquifers is about 1,000 feet. The problems typically stem from poor cement well casings that leak natural gas as well as fracking fluid into water wells.

How much water is used during the fracking process?

Generally 1-8 million gallons of water may be used to frack a well. A well may be fracked up to 18 times.

What fluids are used in the fracking process?

For each frack, 80-300 tons of chemicals may be used. Presently, the natural gas industry does not have to disclose the chemicals used, but scientists have identified volatile organic compounds (VOCs) such as benzene, toluene, ethylbenzene and xylene.

In what form does the natural gas come out of the well?

The gas comes up wet in produced water and has to be separated from the wastewater on the surface. Only 30-50% of the water is typically recovered from a well. This wastewater can be highly toxic.

What is done with the wastewater?

Evaporators evaporate off VOCs and condensate tanks steam off VOCs, 24 hours a day, seven days a week. The wastewater is then trucked to water treatment facilities.

What is a well’s potential to cause air pollution?

As the VOCs are evaporated and come into contact with diesel exhaust from trucks and generators at the well site, ground level ozone is produced. Ozone plumes can travel up to 250 miles.

Legislation was introduced—the Fracturing Responsibility and Awareness of Chemicals Act (H.R. 2766), (S. 1215)—to both houses of the the United States Congress on June 9, 2009, that will help close the Halliburton loophole. It will repeal the exemption for hydraulic fracturing in the Safe Drinking Water Act, and would require the energy industry to disclose the toxic chemicals it pumps unto our water supply during the fracking process.

Click here for more information about what you can do to take action to preserve our shared groundwater.