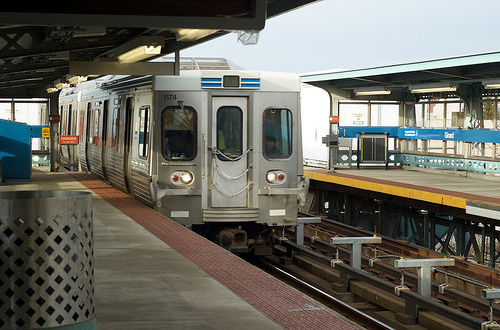 Ever wonder how much kinetic energy is created from trains braking? Me neither,.. until I found out about a cool new pilot project in Philadelphia where the energy created from subway trains braking will be used for some of the transit authority’s power needs and may also be sold back to the electric grid.

How Will This Work?

When the trains brake, they create kinetic energy. That energy will be captured and stored in a large battery on the side of the railway line. The stored energy will then be used to power accelerating trains on the line, stored for future use, or just returned to the grid. 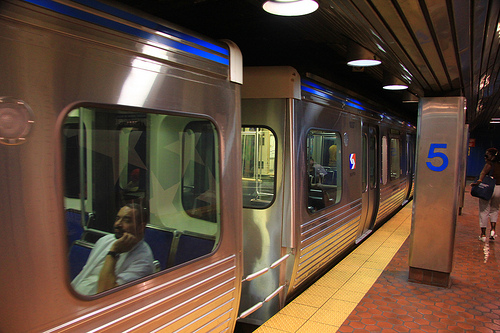 Who’s Involved in this Pilot Project?

The Market-Frankford line, the busiest subway line in Philadelphia, will be testing out this energy project. The $1.5 million project is being carried out by the Southeastern Pennsylvania Transportation Authority (SEPTA) and smart-grid company Viridity Energy. They received a $900,000 grant from the Pennsylvania Energy Development Authority and Viridity is underwriting the remaining cost.

How Much Energy Will be Saved?

Because this is a pilot project, it won’t have a huge impact on the system or system costs, but SEPTA is expected to save more than a few dollars — $500,000 a year. For reference, SEPTA spends approximately $20 million a year powering its subways, trains, buses, and electrified trolleys.

However, if this pilot project goes well, this energy-saving system may be expanded across the SEPTA subway system, at 33 electrical substations. If that happens, it is expected that SEPTA could cut its energy consumption by 40%.

If this project goes well, SEPTA and Viridity hope and think that more subway systems and trains across the country will start doing the same thing. That would clearly go a long way in saving energy.

I originally posted a version of this story on CleanTechnica (just a few hours ago).