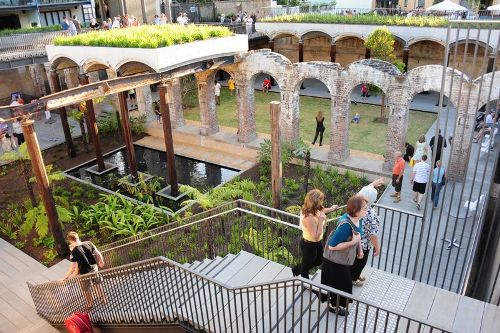 Cities are getting more and more innovative with their park and garden locations. San Francisco has a huge park planned for the top of its upcoming Transbay Transit Center, some New York schools are planning to have large gardens on their roofs which will be used as educational environments where students will grow food used in their own cafeterias, Seoul (in South Korea) has turned an old freeway into a river and public park with great success, and there is much more going on.

Even with all of these cool parks and gardens popping up, this new one in Sydney, Australia has to be one of the coolest. Sydney’s newest urban park, Paddington Reservoir Gardens, goes down below the level of the ground into a former reservoir. 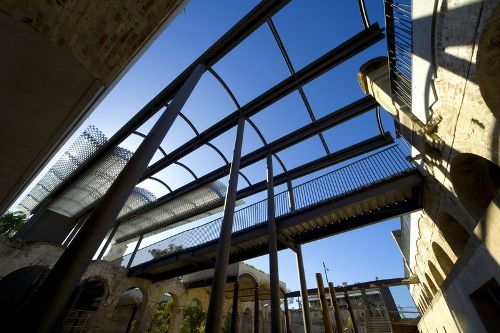 The reservoir was originally completed in 1878 but only operated until 1899, at which point it became a workshop/garage. I imagine that was a fine enough use for the site until a roof collapsed in 1990 and it had to be closed.

At that point, the city decided to cap and deck it with parkland, but before they could do so, some architects stepped in with some more imaginative plans. 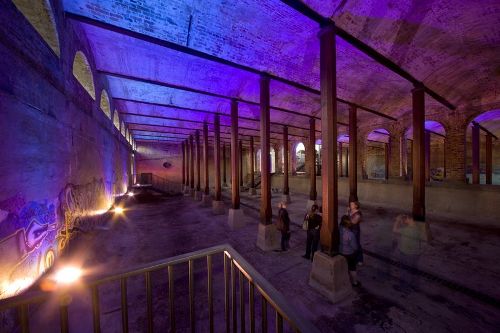 “The original 1930′s grassy area above the water chambers was redesigned and the park also now includes a ‘sunken garden’ in the western chamber. As a sustainable twist, all of the materials used to reconstruct the new park were retained from the historic structure.” 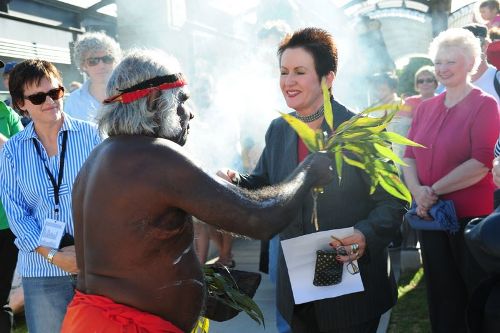 You can read more about Paddington Reservoir Gardens at World Architecture News.

Photos above via City of Sydney (more photos available there)