How Dangerous Are Cell Phones? 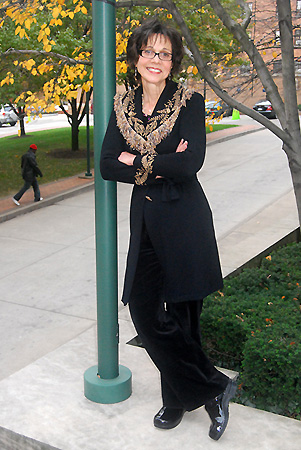 In a book to be released next month, epidemiologist Dr. Devra Davis argues that cell phone use is a major factor in an increase in brain cancer and other diseases.  The founding director of the Board on Toxicology and Environmental Studies at the National Academy of Sciences, Davis calls cell phone radiation “a national emergency.”The book, Disconnect, and Davis’ previous statements on health risks from cell phones have raised hackles among some academics and cell phone companies, but Davis has been steadfast in her conclusions. “The most popular gadget of our age has been shown to damage DNA, break down the brain’s defenses, and reduce sperm count while increasing memory loss and the risks of Alzheimer’s disease and even cancer,” says publishers’ materail accompanying the book. “And half the world’s four billion cell phones are used by people under twenty.”

In response to a retailer radiation disclosure law aimed at cell phones and enacted earlier this year by the San Francisco Board of Supervisors, CTIA wireless group John Walls argued the city was “leading the pack down a wrong and misleading road.”  The firm cancelled a fall show scheduled in the city.

A study funded by the Mobile Manufacturers’ Forum found no increase in risk of glioma or meningioma with use of cell phones.  But in a news release issued with the study, a cancer expert said further study was warranted of “the highest level of cumulative call time and the changing patterns of mobile phone use…particularly in young people.”

In 2008, Dr. Ronald B. Herberman, director of the University of Pittsburgh Cancer Institute, urged limited cell phone use, resulting in significant pushback from the cell phone industry.  He said children should use cell phones in emergencies only and that adults should keep their phones away from the head and use speaker phones or headsets.

Davis has said children 17 and under are at greatest risk because their brains aren’t fully developed and their skulls haven’t completely hardened.