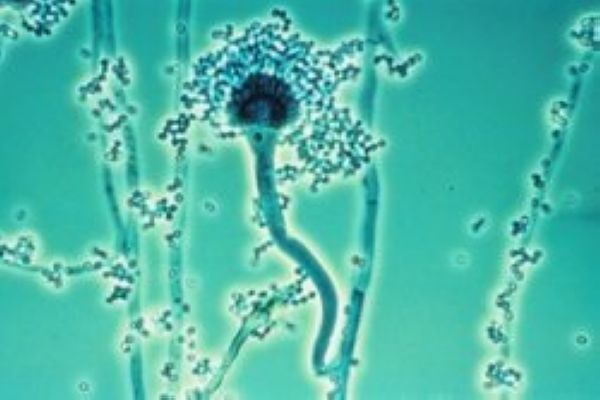 Aspergillus fumigatus is a fungus found commonly in ordinary garden soil. When the spores of the fungus are inhaled, It can also cause disease–sometimes fatally in those with already compromised immune systems and respiratory disease such as COPD. Doctors who treat the illness have long-recognized that in some patients, the fungus is resistant to standard treatment with chemicals called azoles. The problem becomes potentially worse as azoles are also heavily used as farm fungicides. A team of Dutch researchers (Verweij and Kema), reporting in last December’s edition of the medical journal The Lancet Infectious Diseases suggest that over-use of the farm fungicide may be contributing to the growing resistance of this fungus to the disease-fighting chemicals.

As would be expected, the fungicide industry in Europe (where the problem is deemed more urgent; azole fungicide use in the US is limited) is reluctant to conduct/support further studies of this potential problem, and remains unconvinced of any causal link between over-use and resistance–despite a wealth of medical evidence showing increased resistance in bacteria from over-use of antibiotics in livestock (i.e., the emergence of “super bugs” or “super germs”). If such a causal chain can be demonstrated, it will be the first time that antibiotic resistance would be linked to a fungicide.

Earlier studies have shown that the mutation in the fungus that enables resistance to azoles varies from patient to patient–with one study finding eighteen different mutations of a single Aspergillus gene sequence. Verweij’s team isolated the fungal strains from different patients in different hospitals and discovered that more than two thirds (and more than 90 % in his own hospital) of resistant fungus strains had the same, single pair of mutations–what is known as a “point mutation”–in a gene called cyp51A.  Based upon this widespread commonality, the researchers reason that patients must have inhaled spores already possessing the point mutation, and therefore, the mutations had arisen in the environment (hence had an environmental cause).

In Europe currently, azoles are used to fight off a great many plant pathogens and are used on approximately 50% of European grape and grain crops. Aspergillus strains show resistance to common agricultural fungicides (such as those sold in home and garden stores. The same research team had showed in an earlier study that the resistant fungus could be isolated from garden soil and even hospital flower beds and compost bins. The vast majority of these isolated fungal strains showed the same point mutation found in the later clinical study.

The challenge now for scientists is figuring out which of the thirty, commercially available, azole-based fungicides can actually cause the mutations observed. If a connection between  a specific fungicide (currently in wide use) and one or more resistance-associated mutations can be established, then most likely a ban on the fungicide will follow.

A. fumigatus is widespread fungus and is typically found in soil and decaying organic matter such as compost heaps, where it plays an essential role in nitrogen and carbon recycling. The spores (called conidia) produced by the fungus are only a few millionths of a meter in size and become airborne easily. The spores are so common that nearly everyone on the planet inhales several hundred of them every day (though they are readily eliminated by the immune system). The spores can survive temperatures as high as 70  °C — a temperature typically achieved during decomposition (such as in compost heaps).