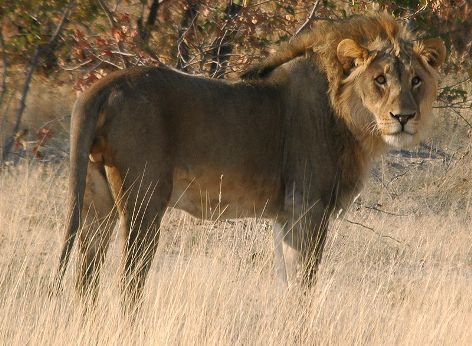 South Africa is under fire from breeders to ban its controversial canned hunting of captive lions.  The barbaric “sport” of canned hunting means an animal is hunted in a small space, with no chance of escape.  Lions are bred for the sole purpose of being shot.

The new measure stipulating lions must be able to freely roam for two years before they can be targeted, is welcomed by many.  But breeders argue the captive lions can be shot and killed within a few days of being released from their breeding cages.

According to the ruling handed down by Bloemfortein High Court Judge Ian van der Merwe, the lions bred in captivity must be self-sustaining for two years before they can be hunted.  He ruled that the breeders are concerned about the economic impact they will suffer.  He went on to say the practice does not aid in the lions’ protection.

Breeders, claiming the measure will drive them out of business, have now asked the Supreme Court to intervene.  After a court action and appeal was denied by a lower court, the breeders have asked the higher court to determine whether or not the measure violates their “constitutional protections of private property.”

Disappointed in the ruling, the South African Predator Breeders’ Association issued a press release  in October that stated,  “thousands of employees will lose their jobs and more or less 4,000 lions will suffer a cruel death as a result of the implementation of the regulations.”  According to reports, members of  Association own about 4,300 lions.   Due to the banning of the lucrative business, the breeders will be unable to feed the lions, resulting in a mass slaughter of thousands of lions.

The Cruel Practice of Canned Hunting

Clients reportedly pay big bucks to hunt the lions, up to $22,000 to kill a lion. Over 1,000 lion permits are issued by the South African government each year.

According to Chris Mercer, founder of the Kalahari Raptor and Predator Center, the practice of canned hunting unfairly prevents the lion from “escaping the hunter, because of either physical constraints (fenced in)” or because the lion is tame.   Canned hunting involves removing these magnificent creatures from their natural habitat in order to “mass produce living targets for wealthy foreigners.”

Dying to be Free – The Canned Lion Scandal

Gareth Patterson tells a heart wrenching story of a mother lioness separated from her three cubs by an electric fence.  After not being allowed to eat for two days, the lion was lured away from the fence and her cubs with an impala carcass.  As she looked at her cubs, men approached a nearby vehicle.  As she stepped towards them, she was shot and thrown into the electric fence. Her cubs, witnessing the horrific event, fled.

The trophy hunter walked up to the dead lion, opened her mouth, and smiled for the cameras.  Her body was taken to the skinning shed where her beautiful coat was removed. “As they worked, the mother’s milk spilt from her teats and mingled with her blood.”  Disturbing photos of the incident are available on the Father of Lions website.