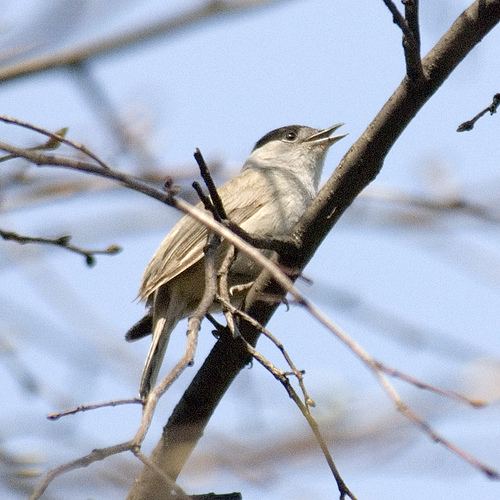 Bird feeders have become a big trend in North America and Europe, especially those areas that face cooler winters with changing seasons. Many feel like they’re doing birds a favor by offering them feeders with seed to feed them during the winter when resources aren’t as plentiful; but a new study has showed that this behavior can change migration patterns and is in turn, detrimental to the evolution of the species.

A study conducted by scientists at the University of Frieburg in Germany, concludes that the feeding of European blackcap birds during the winter months in England, prevents some of the population from migrating to Spain where a warmer climate provides a wealth of resources and nourishment to the feathered friends. With seed available in backyard feeders, many blackcaps choose to stick close to home, remaining locally later into the winter, or even in some cases permanently.

Others that do migrate to warmer climates, even briefly, often return earlier in order to claim their territory that’s in close proximity to the best bird feeders. It’s clear that bird feeders alter migration patterns; a trend that is also applicable in North America, but the affects go beyond that, since they can be detrimental to evolution.

According to the study, the migratory patterns that have resulted from the availability of birdfeeders have actually created a division among one species. After testing a chemical in the bird’s claws that acts like a signature, researchers discovered that there is a split in evolution. Those that migrate to feed during the winter differ from those that stay close to home; and each category tends to breed with one another.

Some researchers involved with this study believe that these evolutionary changes are harmless, but no matter which way you spin in it, this is an example of human influence changing the natural course of the environment.