The Last Lion in Kenya

The lion cub pictured above is named Gabriella and lives at an animal orphanage in Nairobi. The Pride of Kenya website reports she lives there because she was left parentless due to a human-lion conflict. (Presumably this explanation means her mother was killed by humans). The post about her goes on to say that her life expectancy in captivity is about 22 years.

In 20 years, according to one estimate, wild lions could be extinct in Kenya. So it is reasonable to wonder if she could be the last, or one of the few lions left in that country in two decades. If she still is alive then, and all the wild lions have been killed via poisonings and habitat loss, there will be no lions left in the wild there – but is a lion living in a cage that has been reared in captivity still a wild animal?

The current Kenyan lion population is estimated to be about 2,000, with 100 or so being killed every year. (WildlifeDirect executive director Dr. Paula Kahumbu has said there used to be 30,000 just 50 years ago). Researcher Lawrence Frank believes they actually could be gone in about 10 years, “Lions are disappearing so fast from Kenya, as well as the rest of Africa, that I think they will disappear [from Kenya] in less than 10 years if action is not taken very quickly”. Dr. Frank is the Living with Lions Director and has been a research associate at UC-Berkeley for twenty-five years. Living with Lions works with local Kenyans to protect wild lions and prevent livestock loss due to lion predation. Dr. Frank was generous enough to answer some questions about lion conservation there.

Is foreign safari tourism helping the situation, or having no impact?

“Of course it is critically important.  Protected areas have to be the first line of conservation, and they are totally dependent on tourism for their existence.  One of Kenya’s big problems is that almost all Kenya parks are too small to provide long term protection for lions, as they move very widely and when they leave parks, they eat livestock and are killed in retaliation. ”

If the annual rate of lion loss is not curbed, and lions go effectively extinct in Kenya, how
much tourism revenue will the country lose?

“Lions are the single major attraction for tourists.  If they disappear the tourism market will suffer enormously and Kenya will lose whatever credibility it has in conservation.”

Is the practice of poisoning wild lions with  Furadan still taking place?

“FMC, the company that makes Furadan, has attempted to buy it back in Kenya, and poisoning seems to have slowed but it has not stopped.  Furadan is still widely available in Tanzania, Uganda, Botswana and elsewhere, and lions and other animals are still being poisoned in those countries.  Given the impossibility of controlling the spread and use of poison once it is in Africa, the manufacture and importation of this stuff must be totally banned by governments.”

Furadan or Carbofuradan is manufactured by the American company, FMC Corporation. A single grain can kill a bird. 60 Minutes produced a story on the insecticide’s use in Kenya to poison lions. A very small amount could kill a whole group of lions. (A five minute video overview is on YouTube). 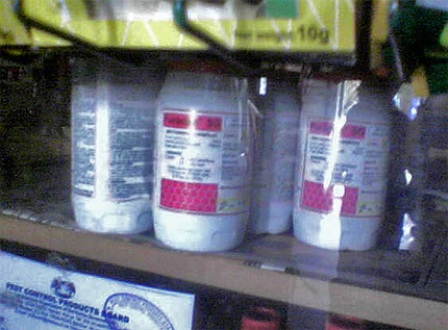 The insecticide is being laced into dead animals such as goats and cows, so that lions will consume them and ingest the poison. It is so toxic it has been banned in Europe. Sixty-two lions have been killed by poisoning in the last 6 years. 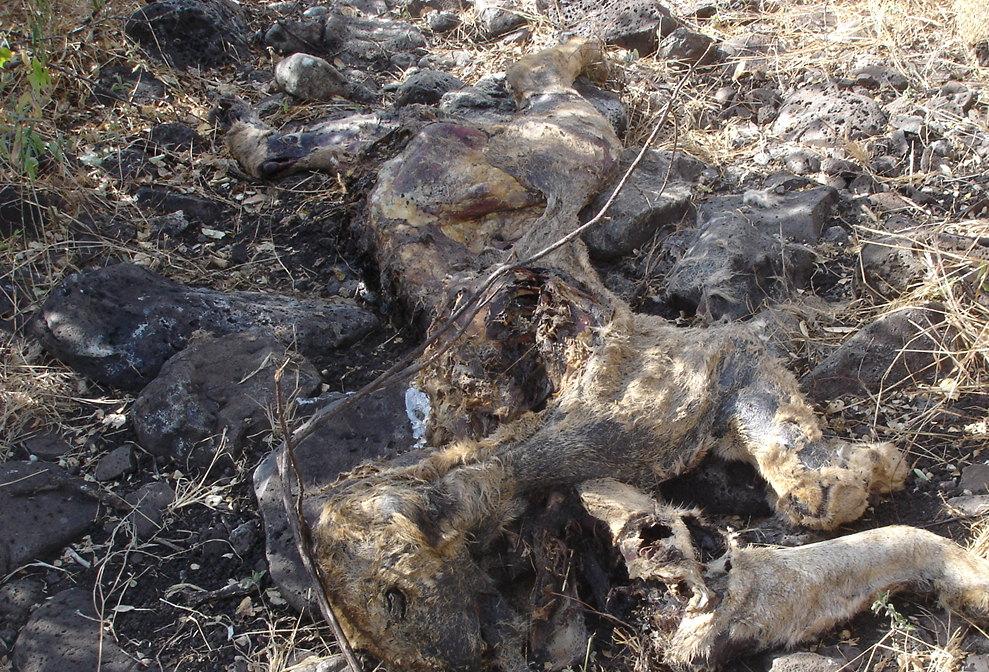 What Can I Do?

The work of a non-profit lion conservation organization was written about here on EcoWorldly recently. Lion Guardians works with local farmers and conservation biologists to foster a mutually beneficial environment for wild lions and domesticated livestock. Supporting such worthy organizations can make a difference. Also traveling to Kenya with a reputable tour company can stimulate the local economy and contribute to conservation.

Aside from those activites one could forward this article, read more on the subject, teach your own children, or try to start a fundraiser in a school or church for Lion Guardians. You could also start, or join a Facebook club for Kenyan Lions.