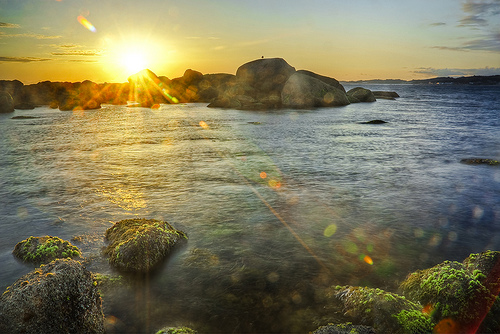 Oceans regulate our climate. They play a key role in keeping the world’s “homeostasis” in tact. However, their ability to absorb carbon & keep the climate in balance is dwindling, a new report shows.

In a year-by-year study from 1765 to 2008, researchers found that the oceans are struggling to meet increasing emissions demands. They cannot take in as much carbon as they used to.

The study, published in the November 19 issue of the journal Nature, found that the percentage of fossil fuel emissions the ocean has been taking in since 2000 has decreased by as much as 10%.

This is the first study of its kind or breadth. One previous study had attempted to measure the oceans’ industrial carbon absorption for one year — 1994. This does so for a period of 200+ years. 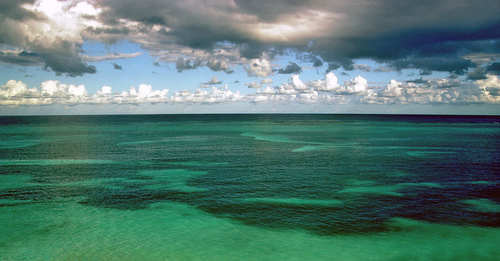 Based on the researchers’ estimates, oceans “took up a record 2.3 billion tons of CO₂ produced from burning of fossil fuels” last year.

The reasons why oceans cannot take up increasing amounts of carbon to the same degree as we are emitting it is not what previous climate scientists assumed, the researchers begin to show. Previously, climate modelers assumed this was due to “depletion of ozone in the stratosphere and global warming-induced shifts in winds and ocean circulation.” This new study, however, hints that it is actually due to chemical and physical limitations. This issue is becoming the subject of much more research now.

Samar Khatiwala, an oceanographer at Columbia University’s Lamont-Doherty Earth Observatory and the study’s lead author, simply says: “The more carbon dioxide you put in, the more acidic the ocean becomes, reducing its ability to hold CO₂.”

So, over time, we cannot expect the oceans to take in such a large percentage of our carbon emissions. This is something scientists and others informed on this subject were already aware of. The thing that surprised the researchers, however, is that we are already seeing this decrease in absorption. 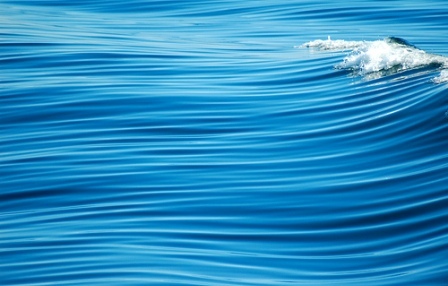 A quick summary of the changes in industrial carbon absorption over the last several decades is as follows: “uptake rose sharply in the 1950s, as the oceans tried to keep pace with the growth of carbon dioxide emissions worldwide. Emissions continued to grow, and by 2000, reached such a pitch that the oceans have since absorbed a declining overall percentage, even though they absorb more each year in absolute tonnage. Today, the oceans hold about 150 billion tons of industrial carbon, the researchers estimate–a third more than in the mid-1990s.” (emphasis mine)

What is the overall take-away point? Khatiwala says: “What our ocean study and other recent land studies suggest is that we cannot count on these sinks operating in the future as they have in the past, and keep on subsidizing our ever-growing appetite for fossil fuels.”

It looks like oceans cannot take in as much of our global emissions as they have been. So, will we reduce our carbon emissions over the next few years or see what happens as a smaller and smaller percentage of those are absorbed by the oceans?