Throwing Out Food and Paper Will Be Illegal

Home » Blog » Politics » Throwing Out Food and Paper Will Be Illegal 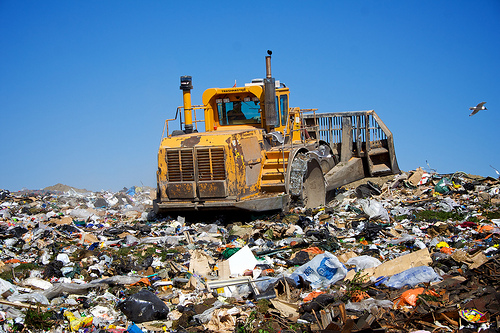 Quebec has taken a long hard look at itself, and decided it doesn’t like what it sees.

Its policies simply aren’t working.  Overall waste generated has nearly doubled in the past 10 years, with waste going to landfill rising by over 10% in the same period.

One of its key targets was to get 60% of the province’s waste food into composting by 2012 has had to be abandoned: the current figure is only 12% and the target just cannot be met.

However, rather than just trying to fiddle with green taxes, the government has gone straight for the jugular and announced plans to make it illegal to dump rubbish and food waste.

This is a legislative programme which deserves heartfelt applause.  And I hope it sticks, because if Quebec can pull this off there really is no excuse for any other state or country to lag behind.