You can use a bike for less than half an hour for free, or, after that, it costs €1 for another half-hour before rising more steeply. I love the first half-hour being free because many trips aren’t that long and it encourages more people who wouldn’t bike to try the program.

With about 25 million rentals in one year, replacing 10% of car traffic alone, an amazing transformation of the transportation system in one of the world’s most famous global cities has occurred. The British newspaper The Independent reports: “Describing Vélib’ as a ‘form of utopia’, Libération newspaper said that the presence of thousands of slow-moving, stately bikes has also had a soothing effect on Paris’ frenetic pace. ‘At the speed of a bicycle, an idea is gaining ground: one of a less arrogant and more human city,’ it said.”

I saw someone at a rail/transit conference in Miami make the point that the program creates a sort of individualized public transit — I thought that was a novel and very accurate description of the program. And, actually, a person gets a “smartcard” to use the program when they sign up for a transit card. This smartcard accounted for about 60% of the rentals in the first 100 days. You can also get yearly (€29), weekly (€5), or daily (€1) memberships in order to be able to check out the bikes.

With the great health benefits of cycling, I have heard another person say that Paris is creating “a city of athletes” with this bicycle sharing program. Maybe a bit of an exaggeration, but many people are benefiting from cycling around Paris and the health benefits are countless, for sure.

How popular is the program? After 1 year, 94% of Parisians support the program.

If you want to see more about the other best bike sharing program in the world or read a brief history of different bike-sharing programs, check out page 2 of the Barcelona bicycle city photo tour.

As The Independent reports, and hopefully you got a little flavor of it from the pictures below: “In the space of one year the vélib’ has become a Parisian institution, giving the streets and boulevards of the French capital a vague air of Amsterdam or Cambridge.” 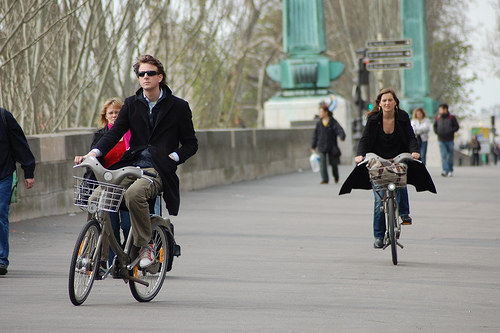 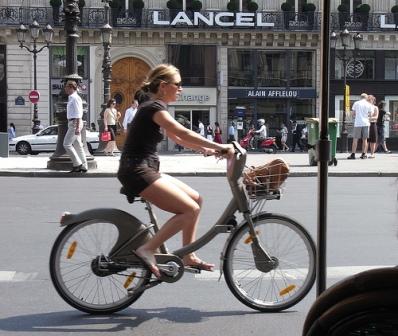 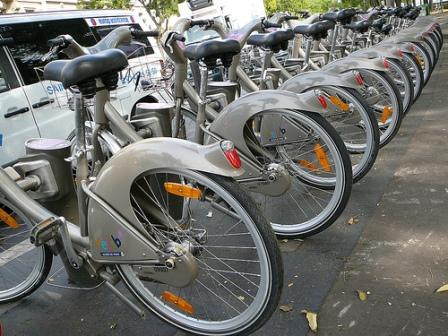 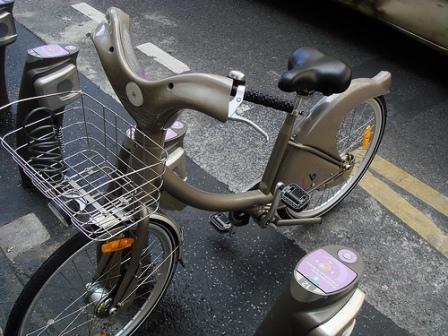 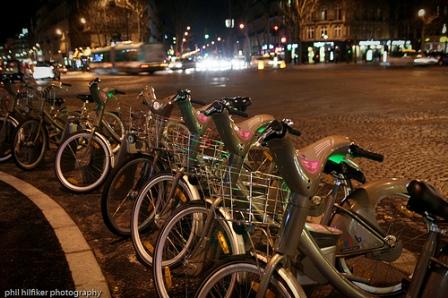 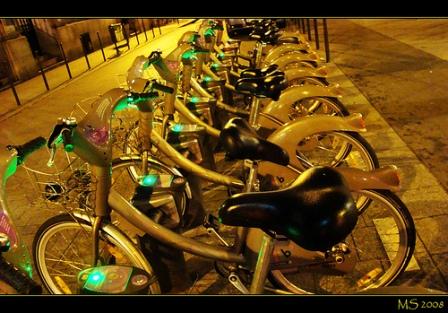 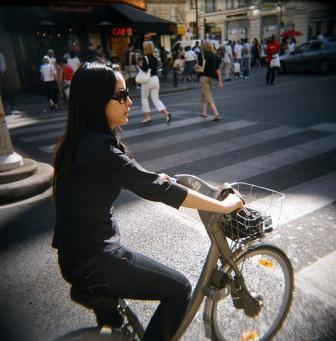 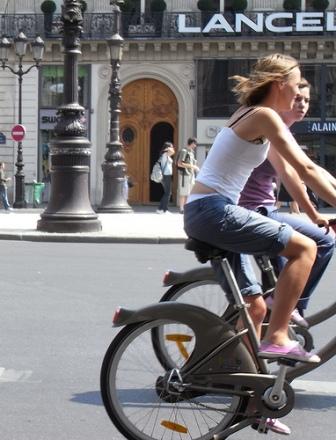 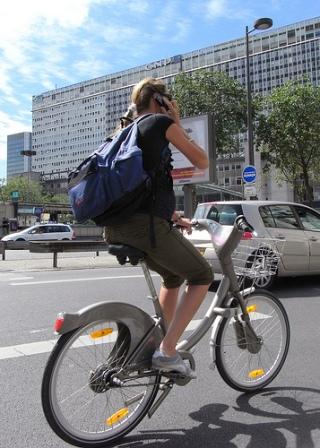 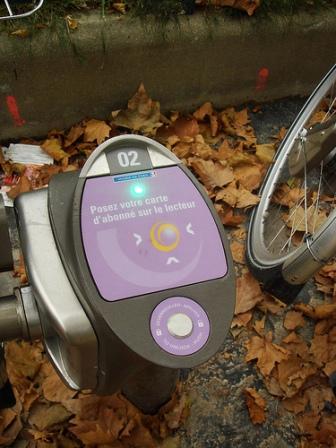 On the flickr page of this last photo, there are notes showing how to check out and return a vélib’ bicycle.

For an amazing video on vélib’, visit Streetfilms.org