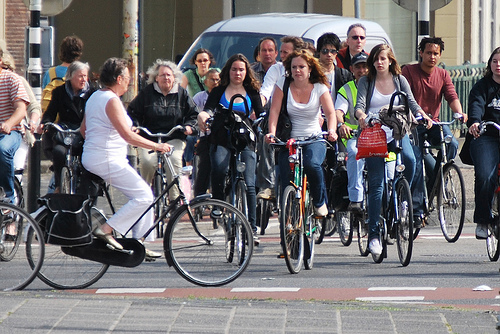 Groningen would be number one on this list if we were looking at percentage of residents who bicycle for transportation purposes. About 57% of travel in Groningen is by bicycle!

The city has been named the world’s best bicycle city a couple of times (1993 and 2006). It is a university city which is part of the reason why it has so many people bicycling, but it has done amazing things to make the city more bicycle friendly as well. The bicycle facilities you can see on the following pages will probably blow your mind away. 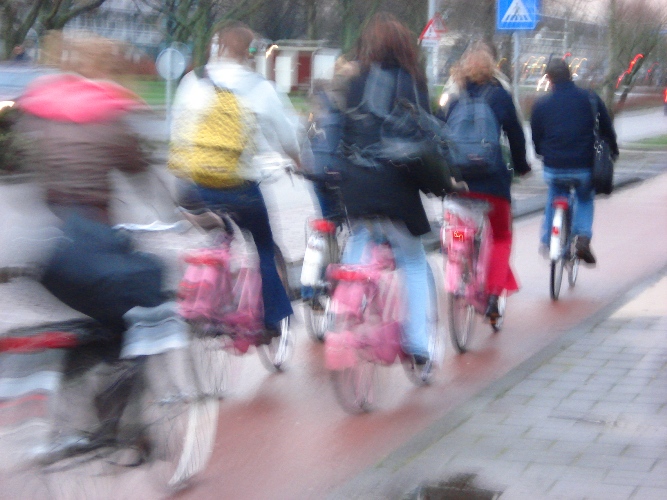 I lived in Groningen for five months (while finishing my Master’s thesis on the relationship between bicycle facilities and bicycle travel) and, to be honest, it felt more like 90% of the population was using the bicycle — but I guess that is partly due to the extremely efficient public transit in the city as well.

The city center seems to be closed off to cars nearly completely, but it is actually a nifty system that they have implemented that allows automobile access without too much automobile traffic. The city is divided into four parts. Automobiles can enter the city but cannot drive from one quadrant to another within the city. They must leave and re-enter if they want to go to another quadrant. 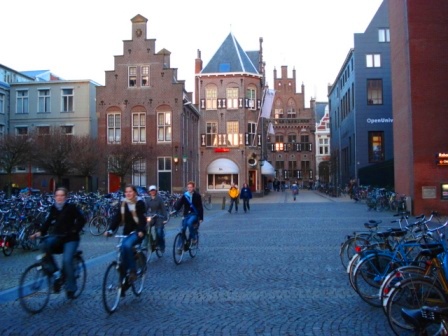 Essentially, the city center is dominated by bicycles. Sometimes, being a pedestrian can even be difficult due to the huge amount of bicycle traffic. Someone I was there with said that she “felt like an alien” when she was first walking around the city without a bicycle. Of course, before long, she got one.

The city has also transformed some of its roads leading into the city center into bicycle/pedestrian paths and it is full of colored bike lanes (often somewhat separated from the roadway). It has several completely off-road bicycle paths leading in and out of the city as well. It even has bicycle bridges as well as a beautiful new bike parking garage for thousands of bicycles (overflowing as soon as it was completed) in the front of the train station.

Enjoy these amazing photos on the pages to come. 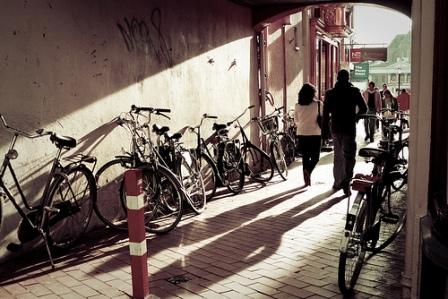 Yes, this man is carrying a ladder on his bicycle! 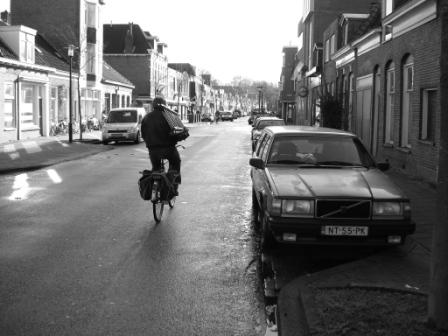