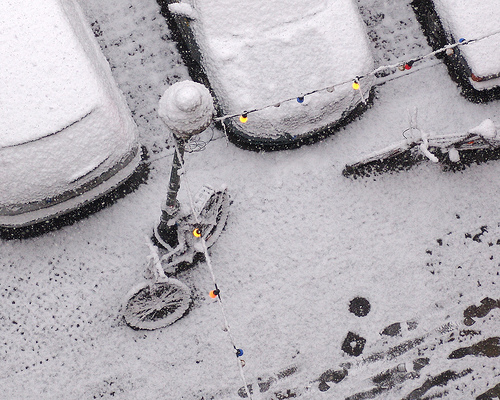 Berlin is a great bicycle city! Full of bicyclists, bike art, bicycle infrastructure, and unique bikes for a variety of different purposes, Berlin is #7 on this “great bicycle cities” list.

If you go to Germany, you will probably hear some Germans saying how much they love their cars (i.e. Mercedes, BMW, Audi). However, you will probably be surprised to see how many people actually love their bikes. Berlin is perhaps the best example. You can see people from across the class spectrum using the bicycle for a wide range of purposes. Even the postal service and other delivery services use bicycles. 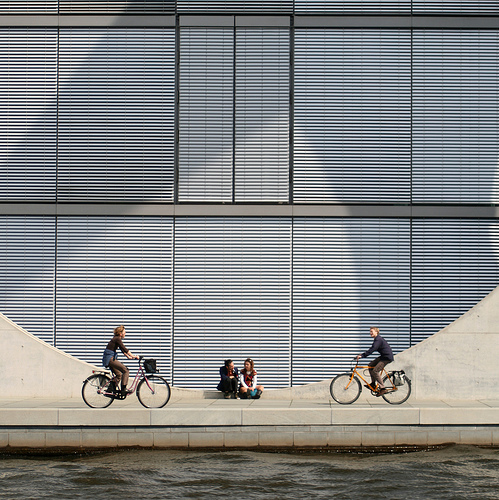 Berlin has about 3.5 million people and is the second largest city in the European Union, and less than half of the residents own a car! The city has recently put 2.5 million Euros (about $3.7 million) into the development of better bicycle infrastructure. The result is that this great bicycling city is becoming even greater for this highly efficient and green transportation mode.

The city already contains over 140 kilometers (87 miles) of bike lanes. It also has online and offline maps of bicycle facilities and bicycle route planners for bicyclists. Berlin’s near future goal is to have 15% bicycle traffic by next year. 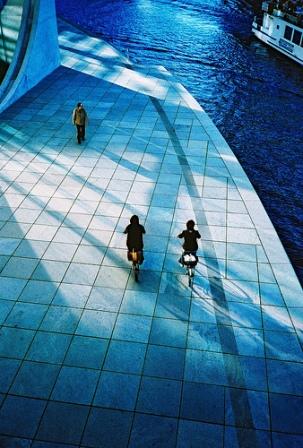 The photos ahead and Berlin’s overall bike atmosphere and infrastructure put Berlin right ahead of #8 Barcelona (Spain), #9 Bogota (Columbia), and #10 Basel (Switzerland) — all starting with B (only coincidence)! Don’t go through the next few pages with your eyes closed (like this bicyclist below). 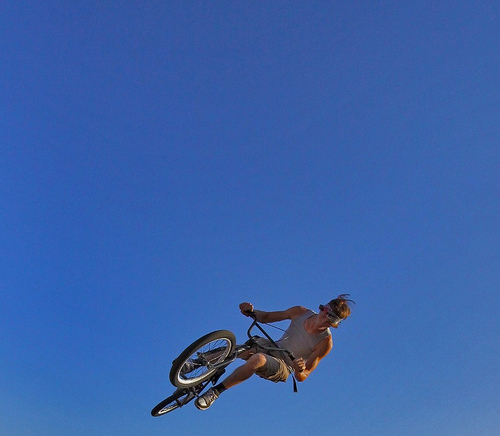