This week in the journal Nature scientists give the most comprehensive view of thinning ice sheets in Greenland and Antarctica to date.

Scientists from British Antarctic Survey (BAS) and the University of Bristol analyzed 50 million satellite measurements (from NASA) to show the massive ice loss on these polar giants.

The result are surprising, even to the scientists. 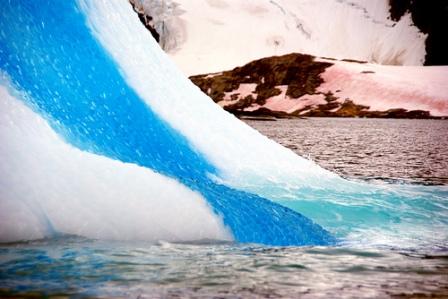 As the press release states, this is the “most comprehensive picture of the rapidly thinning glaciers along the coastline of both the Antarctic and Greenland ice sheets.”

The authors found that fast-flowing ice is melting at a much greater speed than slow-moving ice. Studying 111 fast-moving glaciers, they found that 81 of those were thinning even twice as fast as slow-flowing ice at the same altitude — “the most profound ice loss is a result of glaciers speeding up where they flow into the sea.”

The extent of the thinning is enormous. The thinning “now reaches all latitudes in Greenland, has intensified on key Antarctic coastlines, is penetrating far into the ice sheets’ interior and is spreading as ice shelves thin by ocean-driven melt.”

Again, even the scientists who were expecting ice loss are surprised by the extent and speed. Lead author from BAS, Dr Hamish Pritchard, says: “We were surprised to see such a strong pattern of thinning glaciers across such large areas of coastline – it’s widespread and in some cases thinning extends hundreds of kilometres inland. We think that warm ocean currents reaching the coast and melting the glacier front is the most likely cause of faster glacier flow.” 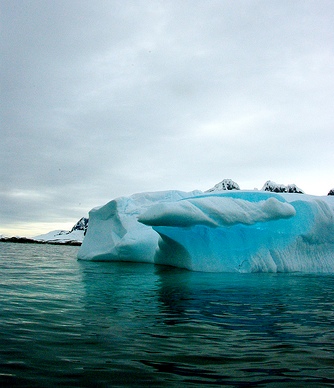 For this research, the scientists used “43 million satellite measurements of the Antarctic and 7 million of Greenland over a 5 year period (2003-2007).” The data are from NASA’s high-resolution ICESat (Ice, Cloud and Land Elevation Satellite) which, using lasers, has measured “the surface elevation of the Earth’s ice sheets with unprecedented accuracy.”

Change is Coming — One Way or Another

This is another call to politicians, business leaders and all of humanity to address climate change quickly. If not, the melting glaciers (and other environmental changes) will change our lifestyles, living environments and everything on Earth soon enough.

Image Credit 2: 23am.com via flickr under a Creative Commons license

Image Credit 3: 23am.com via flickr under a Creative Commons license