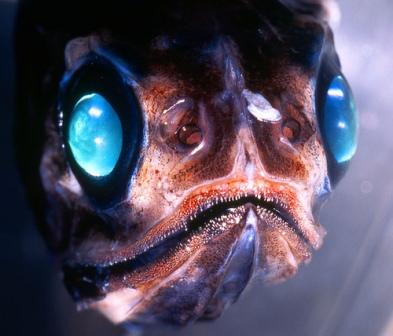 The “Great Pacific Ocean Garbage Patch” lies about 1,000 miles from the coast of California. It is in the North Pacific Ocean Gyre, which is one of the oldest and most diverse ecosystems in the world. The garbage patch has gotten a lot of media attention in the last year. However, due to the fact that one must get on a boat and go all the way out to the patch to study it, there hadn’t been any in-depth scientific analysis of the patch,… until now.

The Scripps Environmental Accumulation of Plastic Expedition (SEAPLEX) went on an in-depth search of the “Great Pacific Ocean Garbage Patch” this month. Their findings were varied. 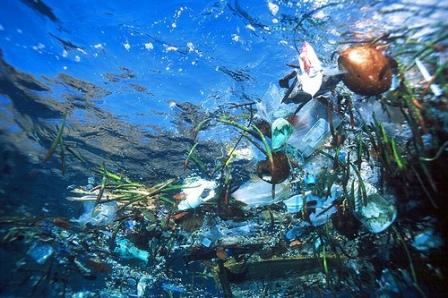 As SEAPLEX stated before leaving: “there is little scientific information on the composition, extent, and effects of the debris.” On their expedition (from August 2 through 21), these doctoral students and research volunteers from Scripps Institution of Oceanography at UC San Diego wanted to find: “How much plastic is accumulating, how is it distributed, and how is it affecting ocean life?”

The expedition was funded by by the National Science Foundation (NSF), the UC Ships Fund, and Project Kaisei. The NSF press release from yesterday states that the researchers found “by-the-wind sailor” jellyfish (Velella velella), “pearleye (Benthalbella dentata), a predatory fish with eyes that look upward so it can see prey swimming above, and lanternfish (Tarletonbeania crenularis), which migrate from as deep as 700 meters down to the ocean surface each day,” among numerous other sea animals and marine life.

Along with the scientific discoveries, some of the researchers saw sights unimaginable to the common person. As Miriam Goldstein, in the last post on the SEAPLEX blog, wrote:

Last night at around 3 a.m., I was awakened by Lara whispering that the best thing ever was happening outside and that I really, really wanted to get up. I staggered outside in my stripy pajamas and was greeted by fiery bioluminescence erupting from our wake and from each whitecap all the way to the horizon. Above in the perfectly dark sky, the stars mirrored the glowing sea. I have no words for the beauty and the glory of it.

When I was growing up near the Gulf of Maine, my parents cautioned us to never turn our backs to the ocean. They meant that we shouldn’t get caught by surprise by a big wave or a rip tide, but I think this advice should extend to the lovely parts of the ocean as well as the scary parts. The ocean is the cradle of life on Earth, filled with infinite variability, and we’ve only explored a tiny fraction of it. There are so many mysteries to explain, so many depths to plumb. Even the humblest seaside tidepool contains animals barely known to science.

The researchers found many interesting things on their journey and are working as quickly as possible to get their findings published in peer-reviewed, scientific journals.

For more information on the expedition, great videos, pictures and blog posts, visit the SEAPLEX website.

Image Credit 1: xtopher42 via flickr under a Creative Commons license

Image Credit 2: cesarharada.com via flickr under a Creative Commons license