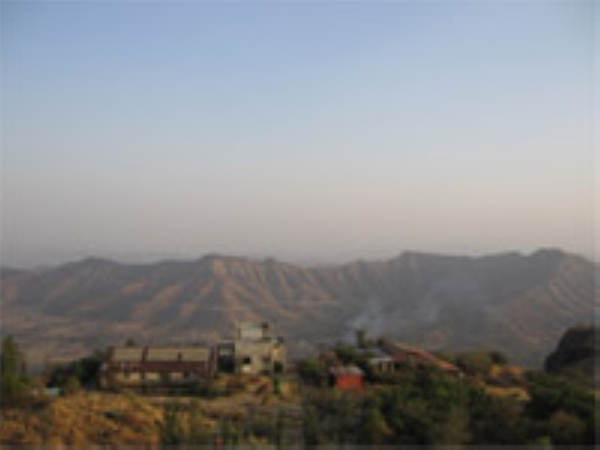 The legendary glaciers of the Himalayan and Hindu Kush mountain ranges have been losing volume at an increasing rate over the past twenty to thirty years. And over this same time period, much data has piled up confirming the role of increased CO2 emissions in global warming trends. Given this, it would be “natural” to assume that CO2-induced warming was also to blame for the glacial melting. But it turns out that much stronger evidence points to the impact of “brown cloud” events.

There have been other extensive brown cloud events elsewhere, such as in Central and Eastern China (which first made headlines back in 2005). They can be several miles wide / long, and extend hundreds of meters or more high. The clouds would be more aptly described as massive, moving blankets of thick haze (similar to smog). They typically last anywhere from a few days to a week before they dissipate. The clouds are indeed lethal to some (asthmatics, elderly, young children, those with bad hearts) and have also been known to suffocate livestock.

As described in a report this month in Nature (Ramanathan, V., et al), climate scientists used unmanned aerial vehicles to take air samples from high elevations over the Indian Ocean. Their findings indicated the presence of particles from these brown clouds. The team believes that as these particles accumulate, they absorb and trap solar radiation, and consequently amplify atmospheric warming. Based on their results, they hypothesize that atmospheric brown clouds could impact these higher elevations (where, in mountainous regions, glaciers are found) equal to that of CO2.

In another recent study by Orjan Gustaffson at Stockholm University, an analysis of the constituents of the infamous and highly toxic brown haze was undertaken. There has been an on-going debate amongst scientists and industrialists over the cause of these lethal clouds (bio-mass or fossil fuel burning?). To determine what they are composed of,  researchers analyzed samples in a laboratory and discovered that they were largely (two thirds) composed of particles and matter from burning bio-mass (the rest presumably from fossil fuel burning). Bio-mass–such as dung, wood, and crop cellulose–is burned for heat and cooking purposes throughout much of the undeveloped world. Where ever it is most intensely concentrated, that’s where these brown clouds appear. Much of the particulate matter in these clouds is black soot which is an aerosol. Aerosols are the “seeds” that help to form clouds in the upper atmosphere), but which also trap heat. In large volumes and high concentrations, this soot is a major short-term contributor to global warming trends.

The good news is that limiting this aerosol is a good way to quickly impact (positively) the local and global effects of warming (see my earlier article: Limiting Black Soot and Ozone – Buying Time Against Climate Change). Efforts are underway to implement air quality policies and limit the use of dung and biomass burning for cooking or heating. But of course, to do this, some other mean of cooking and heating must replace it. Rural folks in developing countries often don’t have access to electricity or plentiful oil and gas. Some type of major investment will have to be made here. Some believe that it is a sovereign issue and that the respective government should take care of it. But the countries that are most concerned with the issue, and who most want to curb this practice, are usually the more developed ones that are also the bigger polluters and CO2 emitters. This hardly seems fair to a growing number of people in the developing  world.

A growing movement, encompassing government, private NGOs, and tribal organizations, is now talking about “climate debt” and are pushing for “climate fairness” and even the creation of a Global Climate Fund to facilitate this policy. For more information on this movement, check out my earlier article:  Climate Fairness / Climate Debt – Eco-Justice for Poorer Nations.