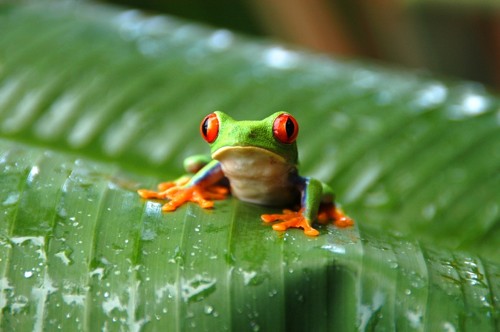 According to research recently published in the journal Conservation Biology, Earth is now experiencing its “sixth great extinction event” with disease and human activity as the major driver, leaving a devastating toll on vulnerable species, particulary in the South Pacific and southern hemisphere.

The “great extinction event” is on par with those caused by asteroid strikes or massive lava floods, says the report, but it is unrelenting human expansion and overreach, not giant boulders from the sky or a surging tide of fire, that is at the center of the current mass extinction.

Pouring through 24,000 published reports, researchers in New Zealand and Australia determined that extinctions will continue to rise in coming years, with the South Pacific experiencing the most biodiveristy loss. The region in the Pacific has been particularly devastated by the introduction of invasive species, where more than 2,500 invasive plants have put enormous stress on natives plants in New Zealand and Australia.

Along with the introduction of invasive species, the researchers identified five other principal causes of global extinction:

Richard Kingsford, the report’s lead author and an environmental scientist from the University New South Wales, attributes all six causes to human activity, with habitat loss behind three-quarters of all threatened species. The forest habitat in Australia, for instance, has been damaged or lost entirely through logging or agriculture.

The study sets forth a number of recommendations that are hoped will slow the decline of species extinction. Among them are laws to limit land clearing, mining, and logging; restricting the intentional introduction of invasive species; reducing pollution, carbon and other greenhouse gas emissions; and getting a handle on sustainable fisheries, citing specific concerns over bottom-trawling and the use of cyanide and dynamite – sometimes known as fishbombing. The report also suggests setting up early-warning systems to identify diseases in the wild.

“The burden on the environment is going to get worse unless we are a lot smarter about reducing our footprint,” said Kingsford. “Unless we get this right, future generations will surely be paying more in quality of life and the environment. And our region will continue its terrible reputation of leading the world in the extinction of plants and animals.”