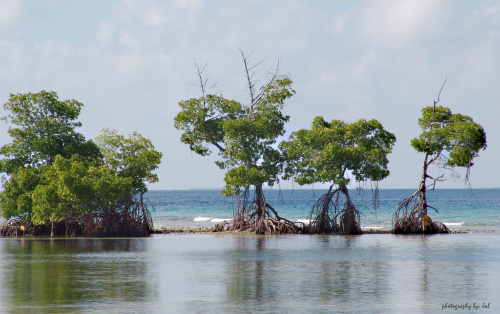 300 volunteers in Pakistan planted 541,176 mangrove trees by hand in a single day, setting the Guinness World Record for tree planting.

The volunteers, using no mechanical equipment, planted the mangroves in the Indus River Delta wetland ecosystem in the Southern Sindh Province of Pakistan, beating India in a friendly competition which seeks to preserve endangered forests and help temper the global warming effects of deforestation.

“This is a wonderful example of partnership between government, local communities and the private sector for a common cause, for conservation.” – Richard Garstang, head of WWF Pakistan Wetlands Program

The tree planting site, 150 kilometers southeast of Karachi, is a sanctuary of biodiversity, designated by Pakistan as a ‘Ramsar Site’, or Wetland of International Importance, in 2002. The trees were planted on the mudflats of the inter-tidal zone at an interval of just over 2 meters, in order for the young Red Mangroves to have plenty of room to spread their canopies as they grow.

Deforestation contributes to about 20% of all CO2 emissions, say scientists, and reducing deforestation is a key tactic in fighting rising global temperatures.

The previous record for the most trees planted in a single day was 447,874, set by India.