Would You Buy Your Groceries Here?

Home » Blog » Food » Would You Buy Your Groceries Here?

Where can you buy healthy fresh food in your neighborhood? Where are the grocery stores and farmer’s markets, how is the quality of food that is there, and which food options do you actually have access to? Are there nearby food banks or community gardens? Can you grow your own food? What local food choices are available to you in your community? 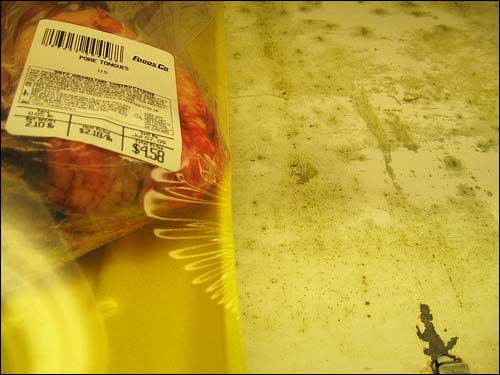 I took this photo in the meat section of my neighborhood grocery store earlier this week.

I live in the Bayview District of San Francisco, on the edges of a food dessert. Our neighborhood is very racially diverse, and on the low end of the income scale. We do have a small weekly farmer’s market on Wednesdays,  as well as a number of local community gardens. However, the greasy fast food joints vastly outnumber the grocery stores; and the few large food stores that do exist here leave something to be desired. 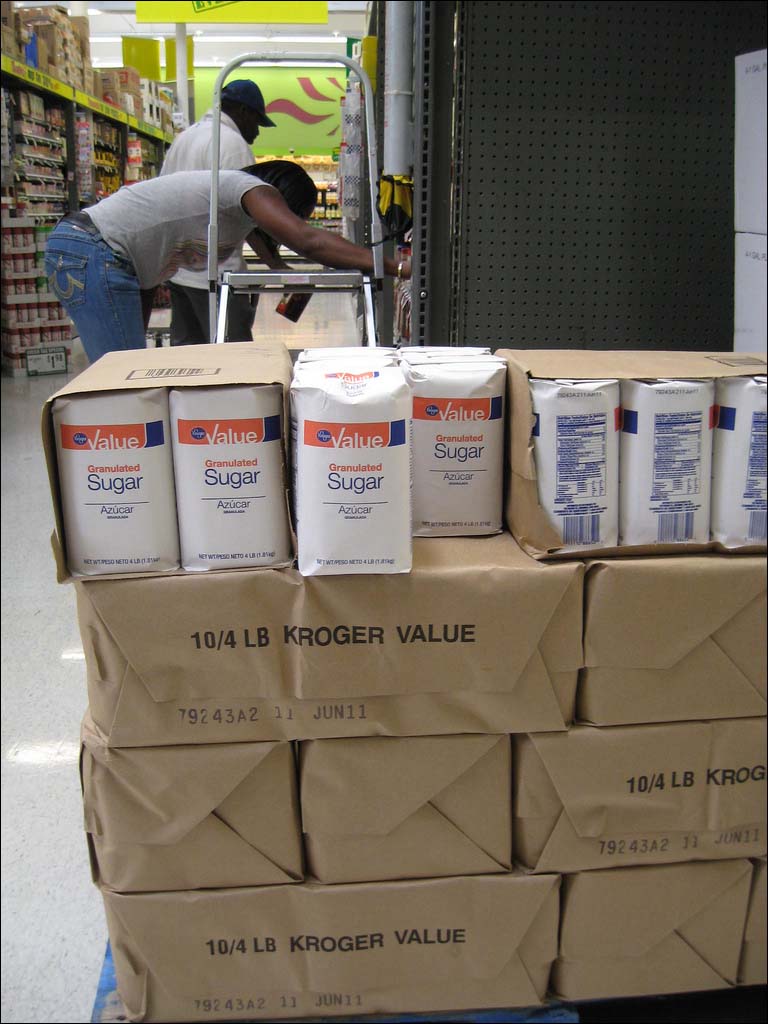 Earlier this week I rode my bicycle eight blocks to one of the only large grocery stores near our house. I usually shop at our neighborhood farmer’s markets, or our local corner store, but we also occasionally shop at this FoodsCo as well. Today however, I paid much closer attention and took a few photos. 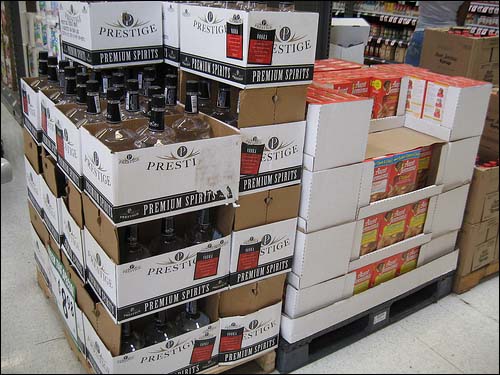 I was not only struck by how skanky and unclean parts of the store were, but also by which products were being promoted on the aisle endcaps, and by how many processed sugary foods were placed directly at a child’s eye level. The store’s endcaps were replete with palettes of refined white sugar, endless seas of soda, walls of potato chips and liters of vodka juxtapozed next to packaged Aunt Jemima pancake mix. To me nothing says healthy food options like promoting massive amounts of cheap vodka and processed pancake mix—yum. 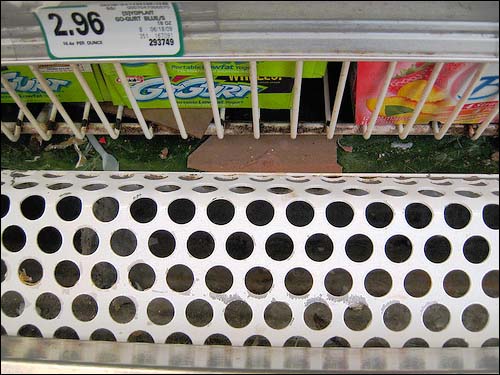 Much of the refrigerated foods section was dirty and crusty with detritus. 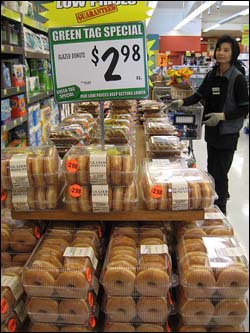 The moment that any customer enters this grocery store, they are bombarded by towering walls of processed sugar, salt and fat, packaged in plastic and individually bagged—walls of chips, Coke, and Froot Loops rise up menacingly on either side of you. Discounted pies and glazed donuts encased in plastic cartons beckon to you as you push your cart into the store. The brightly colored walls of sugar encroach into your pathway and tower toward the ceiling.

And as you wait in line to check out with your purchases, you are again assaulted by more endcaps of sugary soda and packages of white powdered mini-donuts. I could feel my teeth slowly rotting as I attempted to push my rickety grocery cart past the walls of salty sugary fat toward the exit. Suddenly my cart stalled, jerked and lurched, now unwilling to go forward or back, paralyzed, as if it had just become forever frozen in a fatal diabetic seizure.

As I packed my groceries into my bicycle’s panniers (soy milk was on sale) I thought about the store’s many moldy meat shelves, palettes stacked with big bags of white sugar, endless packages of frosted mini donuts, racial and economic disparities, as well as what it would actually be like to slowly drown in a vast sea of cheap vodka and Aunt Jemima pancakes.

I know that grocery stores in San Francisco’s wealthy neighborhoods do not look like this. Why do such extreme disparities in access to healthy food options exist? Why is it so much easier to find a greasy Big Mac where I live, than to be able to buy locally grown fresh seasonal produce?

As I unlocked my bike and began to pedal home, I encountered a very nice Spanish speaking woman who was selling locally made fresh tamales. We spoke a little about food, then I bought three of her beautiful hand made corn meal creations for my lunch. They were not only warm and delicious, but were definitely also the most appealing food that I had encountered all day. 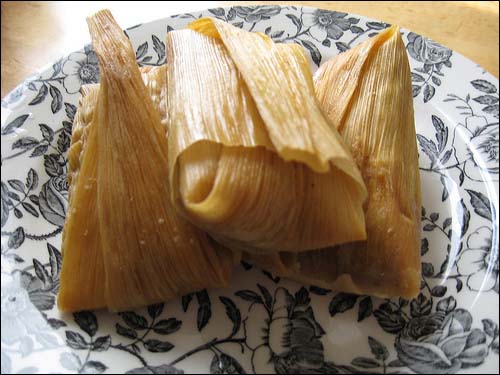