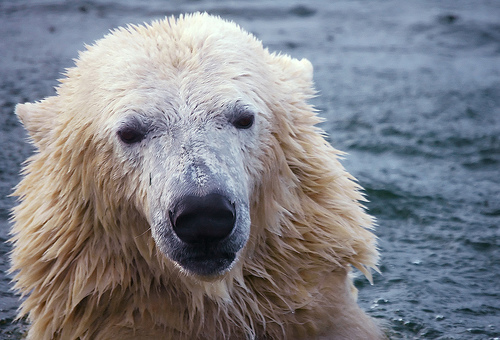 A plethora of corroborative data shows that this year’s sea ice levels in the Arctic are the lowest seen in 800 years.

The new research, published in the journal Climate Dynamics, doesn’t specify a cause or reason for the retreat, but it does note that if sea ice melt continues at this level, it’s likely that the North Pole will be completely ice-free during the summer months within a few decades.

The results were reached after putting together data from a wide variety of sources. Detailed information was collected about the climate from ice cores from an ice cap on Svalbard– an island archipelago in the Arctic Ocean– and from the annual growth rings of trees in Finland. The scientists also combed through harbor records and logbooks of ships that traveled the area to record human observation of sea ice levels.

“We see that the sea ice is shrinking to a level which has not been seen in more than 800 years,” said Aslak Grinsted, one of the study’s researchers. Furthermore, even though there was a warming period 800 years ago and ice levels were comparatively low then, current ice level retreat is unprecedented. By comparison, 20th century ice cover is still the thinnest on record. The study found that ice was thickest during the “Little Ice Age” of the 18th century.

While detailed comparisons have been difficult to make, it’s no surprise that sea ice levels have been exceedingly low over the last several decades– and getting worse. For instance, just last year the fabled Northwest Passage opened up for the first time in living memory. That could be good news for shipping and trading worldwide, but bad news for an entire Arctic ecosystem, including for animals like the polar bear, which rely on thick year-long ice cover.

Current projections suggest that the thinning ice could decimate polar bear populations by two thirds within the next 20 years, if not plummet the population to near extinction in the wild.

Image Credit: mape_s on Flickr under a Creative Commons License