Giant Spiders Could Be a Result of Global Warming 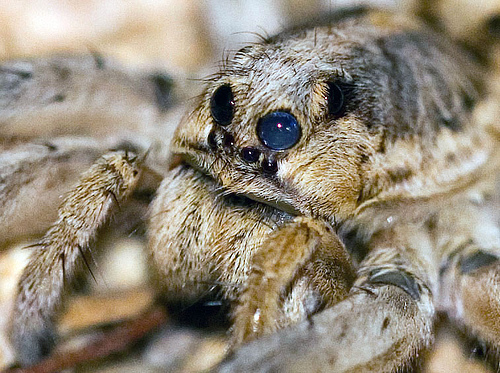 It appears that as the Earth has been warming and summers have been getting longer, the 8-legged hunters have been steadily growing larger and more numerous. And it’s likely that other creepy-crawly species around the world could be growing larger too.

The species that was studied, Pardosa glacialis, can grow to as long as 1.6 inches. For now. But the study revealed that the average size of the spiders had grown by 2% over the last ten years. That’s a significant growth rate, according to researchers.

The precise cause of the trend is still a mystery, but the growth was strongly correlated with hotter, longer summers. For instance, in years when spring came 30 days earlier, many spiders grew exoskeletons which were 10% thicker than usual. Translated for the squeamish: that means the spiders were bigger, hairier and more difficult to squash.

And they aren’t just getting larger, they’re increasing their numbers too. The study also discovered that most of the species growth happened among females. Since larger females tend to produce more offspring, that means more spiders overall.

Scientists speculate that the reasons for the enlarged, more populous arachnids may have to do with an extended hunting season. Their prime hunting season occurs during the summer months, and the longer warm period means more time to feast. Another hypothesis could be that the extended summers allow the spiders to molt more often.

More research needs to be conducted to determine if the spiders are actually being born larger. If so, then the trend could be evolutionary rather than just seasonal.

Whatever the cause, the news highlights how many of the effects of global warming could be unexpected, and it’s not yet clear how the larger, more numerous spiders could effect local ecosystems. Or human psychology, for that matter.

Image Credit: xoque at Flickr under a Creative Commons License