How Cigarette Butts Harm the Environment 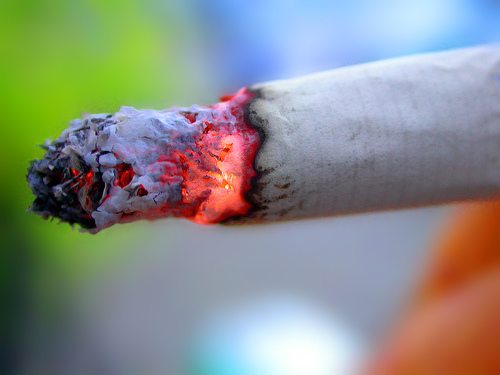 In Avenue des Champs-Élysées, the most prestigious avenue in Paris, France, famous for its cinemas, cafés, and luxury specialty shops, cigarette butts sit at the streets. When the authorities here banned smoking inside cafes, little did they know they were creating another hazard: the wanton disposal of cigarette butts, propelled mainly by the absence of public ashtrays.

In Paris, like in many other cities across the world where smoking is tolerated, the edges of streets are littered with cigarette butts. After smoking, smokers throw away cigarette butts to the ground with abandon.

Many smokers do not see cigarette butts as a major problem because of their small size. Some smokers consider putting a cigarette out on the ground as a safe method of disposal as opposed to putting the cigarette butt in a bin which may indeed cause a fire.

A cigarette butt comprises about 30% of the cigarette’s original length. In addition, the butt consists of a tissue tube which holds a filter and some remains of tobacco mixed with ash.

Besides being a danger to the local environment, the cigarette butts are certainly an eyesore on the otherwise spruce streets of Paris.

Encams, a United Kingdom (UK) environmental charity says it takes one second to drop a cigarette butt but assuming it takes the same time to pick it up again, it would take one person, working eight hours a day, nearly 20 years to collect the estimated 200 million cigarette butts that are thrown away each day in the UK.

Of course, many smokers innocently throw away cigarettes with the assurance that the city cleaning department will come around and do the cleaning. And because of its small size, a cigarette but may seem pretty innocuous. However, if not properly discarded a cigarette butt can pose a heavy toll on the environment.

Cigarette butts are not biodegradable due to the cellulose acetate, a type of plastic in the filters, and can take 10 to 15 years to break down in the environment. Because of their small size, cigarette butts can get tossed about with the wind and can end up stuck in places that city cleaning services may not be able to reach.  Cigarette butts also leach toxic chemicals into the water and soil as they corrode into tiny plastic powder.

To make matters worse, cigarette butts can be washed away into water supply systems and the seas where they are mistaken for food by birds, fish and other creatures causing digestive problems and making them ingest toxic chemicals like arsenic, cyanide, hydrogen, cadmium and lead from filters.

In many parts of the world, discarded cigarette butts have been the cause of many big fires that have destroyed huge chucks of flora and fauna. Many of these fires have also destroyed people’s homes as well as businesses.

In Paris, an environmental campaign to inform and educate smokers about the need for better disposal of cigarette butts will certainly go a long way in both keeping the streets tidy and protecting the environment. Smokers should be encouraged to dispose of their cigarette ends responsibly.