Yesterday, the City of Atlanta announced its municipal carbon footprint and plans to reduce that impact by 7% over the next three years. 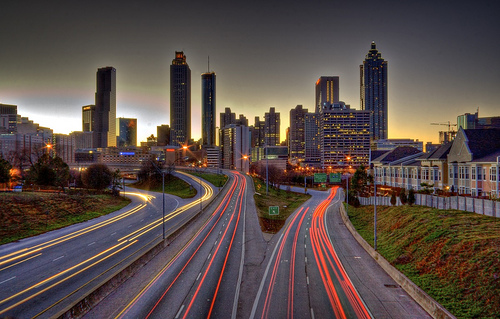 That might not sound like a huge reduction, and I know that 7% (or 37,800 metric tons of greenhouse gases) isn’t going to save the world, but it’s a good first step! It’s the equivalent of 179 rail cars’ worth of coal or protecting 239 acres of from deforestation.

The City of Atlanta released a Sustainability Report outlining where they’re at and where they plan to go in terms of lowering the city’s carbon footprint. 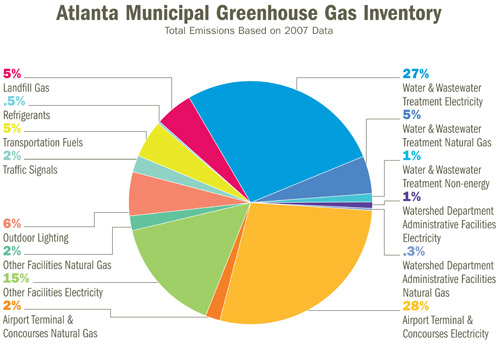 The City is teaming up with the nonprofit Sustainable Atlanta, and they’ve got some goals worked out:

The next step is to develop an Atlanta Climate Action Plan, which Mandy Schmitt, Atlanta’s Director of Sustainability calls:

…our blueprint to guide all city departments so that current initiatives and near-term objectives are aligned with achieving the 2012 emissions reduction goal. This strategic effort to reduce our greenhouse gas emissions supports the ultimate goal of making Atlanta a community that lives within the self-perpetuating limits of its environment, while maintaining high standards for economic growth, environmental integrity, and social justice.

Activists in Atlanta have been working hard to make this a more sustainable place to life. Thanks to projects like the Atlanta BeltLine and a “no net loss” policy for its trees, the city moved up to #19 on Sustain Lane’s 2008 city rankings. We have a lot of work to do, but City officials are setting a great example of where we need to go.