Both “clean coal” and carbon trading are lies. They are huge scams perpetrated by massive energy companies that are choking our planet. Over twelve thousand students converged on Washington D.C. to demand an end to polluting coal plants, and that the United States start to lead the world in creating truly sustainable clean energy and green jobs. Students filled the halls of Congress, lobbying their elected officials to fight global warming and demanding an end to polluting coal.

Youth Take to the Streets to Protest DC Coal Plant

Massive civil disobedience, called the Capitol Climate Action, was also going on in the streets of Washington. Thousands marched to the coal-powered Capitol Power Plant, which is owned by Congress, demanding that it be converted from polluting coal to natural gas. In a huge victory for the group, Nancy Pelosi and Harry Reid issued a statement announcing that, indeed, the power plant will now be fully converted to natural gas.

Dozens of groups worldwide are now organizing together to rid our planet of polluting coal and other false solutions to climate change that have been repeatedly proffered by dishonest corporate industries. Many different committed individuals are working together to finally put the interests of citizens, indigenous peoples, the Alliance of Small Island States and other disenfranchised groups at the table to draft a revised Kyoto Protocol to attempt to reverse global warming. Many organizations and activists, such as Wendell Berry and NASA scientist James Hansen, hailed the DC activities as only the beginning of an entire year of worldwide mobilizations leading up to the hugely important Copenhagen Climate Conference, which is to be held December 7-18 in Denmark. 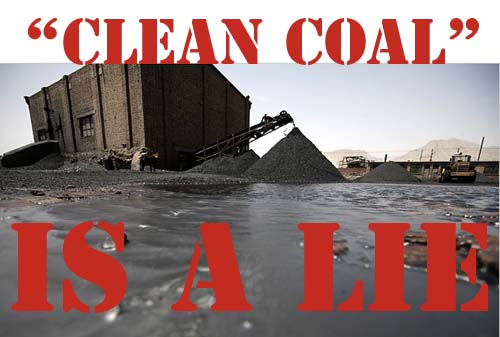