A recent article published in the Journal of Planning Education and Research measures and maps the racial disparities in neighborhood food environments. Do communities of color have less access to healthful food sources like grocery stores and farmer’s markets?

The article, written by Samina Raja, Changxing Ma and Pavan Yadav, postulates the question: How does healthy food access in neighborhoods of color differ from those in other areas? Specifically, they test the hypothesis that: 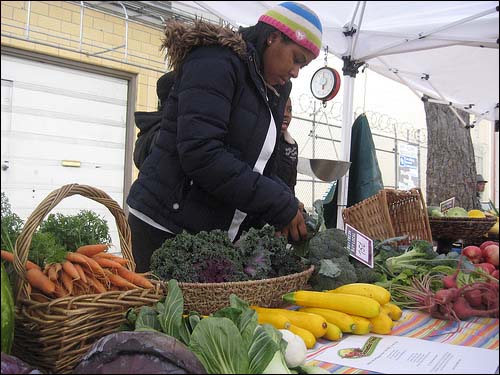 Their SUNY based research actually shows that indeed disparities do exist. Communities of color generally have to travel farther to access large grocery stores, and are more dependent on small corner stores, which are often more expensive and offer limited variety. 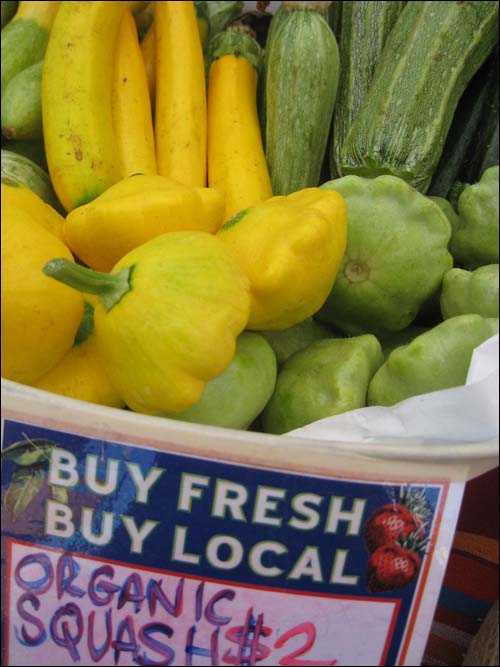 The study suggests a number of methods in which municipalities can combat the existing racial food access disparities. The researchers propose that: 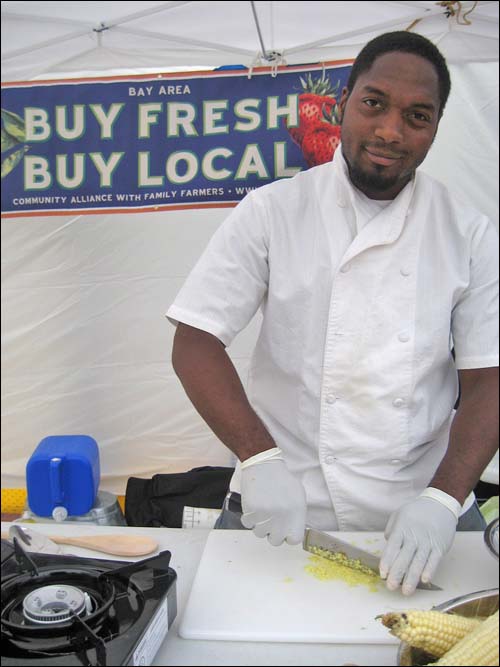 Bryant Terry gives a healthy cooking demo at the Bayview Farmer’s Market. He is an eco chef, food justice activist, and author of Grub: Ideas for an Urban Organic Kitchen and the forthcoming Vegan Soul Kitchen: Fresh, Healthy, and Creative African-American Cuisine.