Australian climate officials are blaming global warming for another summer of record heatwaves, as baked Southern Australians ready for six days in a row of 100-120 degree Fahrenheit temperatures. 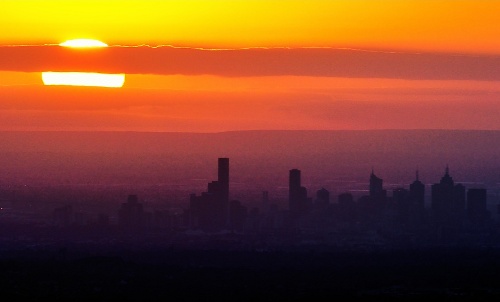 In Melbourne, rail lines buckled in the heat as trains were canceled citywide, while in Adelaide free water bottles were being handed out to help keep parched travelers hydrated while they waited out major transportation delays. Over 140,000 homes were left without electricity as the electric grid strained to keep air conditioners running.

Even the Australian Open tennis tournament had to suspend its outdoor games due to the sweltering conditions. Novak Djokovic, the Open’s defending champion, dramatically pulled out of his quarter-final match against Andy Roddick because of the heat.

Eleven of the last twelve years have been the hottest in Australia’s recorded history, and this summer sets the pace for this year to be the continent’s hottest. Parks and gardens in Melbourne are losing trees to the feverish conditions, as the region has experienced a 40 percent drop in soil moisture. According to the parks’ officials, canopies are thinning and trees are defoliating, requiring an increase in water supply. But that water supply is already bottlenecked as it strains to quench both people and trees.

Australia is the driest inhabited continent on Earth, and struggles to avoid widespread desertification and drought as world temperatures continue to escalate due to global warming.

Image Credit: mugley on Flickr under a Creative Commons License