Why is Brazil Doubling its Military Protection in the Amazon Rainforest?

Home » Blog » Politics » Why is Brazil Doubling its Military Protection in the Amazon Rainforest? 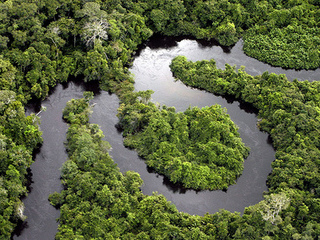 Brazil’s government has announced plans to increase their soldiers in the Amazon Rainforest from 17,000 to 30,000 over the next 9 years, as well as build new forts and improve others. Why have they chosen to invest $488.6 million in this plan?

The answer is more muddled than I would have guessed. But what can you expect given Brazil’s recent my-way-or-the-highway conservation tactics, their boldness in announcing an unrealistically ambitious anti-deforestation campaign, and a giant oil discovery that further added to the wealth of a country that is now buying more ethanol than gas?

As part of the “Protecting Amazon” project, the military buildup will supposedly aid in the further protection of tribal reservations and the Brazilian border. Brazil shares an extensive border in the rainforest with 8 other countries, and has recently been involved in a dispute with Peru over uprooted Indian tribes. Brazilian authorities and several NGOs devoted to advocacy efforts for tribal peoples claim that deforestation in Peru’s forests is displacing tribal peoples rapidly into Brazil. But this dispute in fact, seems to have little to do with the plan for military buildup.

When I first read about Brazil’s plan, I thought they were pursuing it for conservation reasons, much in the way that Peru’s Environmental Minister has proposed a 3,000 person Environment Police to patrol the Amazon Rainforest and protect its biodiversity. It turns out that its more so about modernizing their military, for what I think are pretty lame reasons.

As mentioned earlier, last year Brazil discovered a huge oil deposit offshore. They promptly scheduled military war games as a show that they were willing to protect the oil. From who I ask? George Bush? In addition to modernizing their ground forces via this new Amazon protection plan, Brazil also wants to build nuclear submarines with the help of France, to help defend their coastline (from who I ask?–once again).

I also am not sure if building 28 new forts will do much good in Brazil’s section of the Amazon Rainforest, but I’m hoping I’m wrong. Perhaps it will help lead to greater protection of the amazing biodiversity and cultures found within the forest’s boundaries.

Photo Credit: openDemocracy on Flickr under a Creative Commons license