In what he describes as a spontaneous decision, University of Utah student Tim DeChristopher attempted to purchase over 22,000 acres of southern Utah land to protect it from oil companies. 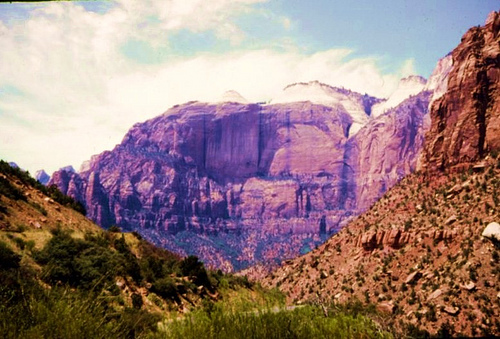 De Christopher was headed to the Bureau of Land Management auction not to disrupt it but to protest. When he discovered how easy it was to go inside and become a bidder, he grabbed a bidding paddle and went for it. He now faces prosecution, though charges probably won’t be named until after the holidays.

The controversial Bureau of Land Management auction was one that the Bush administration has pushed through in the last weeks before Obama takes office. Other bidders included oil and gas companies who hoped to drill on the land. Environmental groups and the National Park Service were opposed to the sale of these parcels of land, many of which bordered on Utah’s national parks.

In an interview with Democracy Now, DeChristopher said:

Even if he is unable to purchase the land, it can’t go up for auction again until February. At that point, we will have a new administration – one that is hesitant about opening up protected areas to drilling.

Since his arrest, DeChristopher is overwhelmed with the supportive response from the environmental community. Former Bureau of Land Management director Patrick Shea has offered to lead up the legal team defending him, offering to take the case pro bono. He has received letters of support and there has even been discussion of trying to purchase the $1.8 million in acreage that he won in the auction.

I agree with Tim DeChristopher’s take on the whole situation:

…for all the problems that people can talk about in this country and for all the apathy and, you know, the eight years of oppression and the decades of eroding civil liberties, America is still very much the kind of place that when you stand up for what is right, you never stand alone. And that’s been really powerful for me to witness.