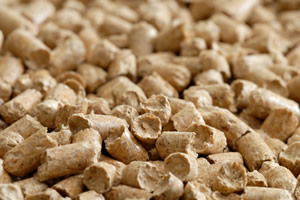 Last week, the Austin City Council approved a $2.3 billion purchasing agreement with what will become the largest wood-waste-fueled biomass plant in the United States. The city will buy all power produced by the 100 megawatt facility for the next 20 years

Once completed—which should be sometime in 2012—the Sacul, Texas plant will be the largest of it’s kind in the country. The facility will generate power from burning wood waste from logging and mill operations, urban waste from tree clearing and trimming, and from shipping pallets.

Businesses and some environmental groups have nonetheless voiced concern over the cost of the project and its environmental impact.

Tom “Smitty” Smith, Executive Director of Public Citizen, an environmental and government watchdog organization, likes the basic concept but has voiced concern about pollution from the plant and the availability of fuel. The plant will require 1 million tons of fuel per year.

Vice president for Nacogdoches Power, Tony Callendrello, said that about 2 million tons of fuel are available within 75 miles of where the plant is to be built.

Weihuan Xu, an economist for the Texas Forest Service, has studied the availability of biomass fuel in the region and says there appears to be sufficient sources of fuel for the Nacogdoches project, adding the caveat that there are others interested in building biomass plants in central and east Texas:

“At the same time, they [Nacogdoches] are not the only ones who want to build. The dynamic of it is ultimately depending on who is going to build first and how much total will be built.”

As for air pollution from burning wood-waste biomass, A&M chemical engineering professor Mark Holtzapple, who specializes in biofuels, says that wood-waste can generate carbon-neutral power because the carbon released is balanced by the carbon sequestered by trees as they grow. The fuel also releases little, if any, sulfur, Holtzapple says, which is commonly found in the air around fossil fuel burning power plants. The ash from the biomass plant can also be recycled and put back into the land as fertilizer.

Austin Energy expects the cost of the plant to be recovered through a fuel charge or through “GreenChoice”, the utility’s green power program. Depending on the cost of natural gas when the plant goes online in 2012, the average electric bill for consumer will range from an $1.50 decrease in rates to a $2.50 increase. Austin Energy General Manager Roger Duncan expects the cost of natural gas to continue to escalate, and thus the biomass plant to save consumers money:

“The projection is that natural gas prices will continue to escalate over the long-term,” Duncan said. “The higher natural gas prices rise, the more this project will save our customers since the biomass-generated power effectively replaces natural-gas-fueled generation for the utility”

The power purchase agreement will help Austin meet its 2020 goal of generating 30% of its electricity from renewable sources. The plant will also hedge against the already rising cost of energy transmission from wind energy from west Texas.

“A firm supply of renewable energy is critical if Austin is to meet the 30% renewables goal,” said Duncan. “That goal will be difficult to reach without a power source that is available during peak demand periods”.

With its plans to purchase power from the biomass plant starting in 2012, Austin aims to meet their goal, hedge against the rising cost of fossil fuel, and pave the way into a new energy economy.

This is a guest post from environmental writer Tom Schueneman, publisher of GlobalWarmingisReal.com

More on Biomass from GO Media: