Home » Blog » Updates » Why I Localize

As you may know, blogging on ecolocalizer.com is relatively new for me. Its been fun, but hey I think it could be better with a little more back and forth. So I thought I’d introduce myself one post at a time as I talk about localization here in the Bay Area. And I invite you to ask questions, make comments, and tell me what you think needs to be covered. If you’ve got a localization project in the Bay Area and you want folks to know, post a comment or send me an email at daveroom (at) gmail dot com. I aim to please. 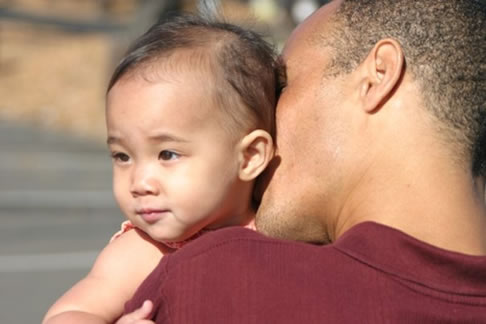 Without further adieu… My name is Dave Room (and that’s my daughter in the photo). I have been working on localization for the past four years. Sometimes it has felt like I am swimming upstream. Actually it still feels like that – the difference is that now the current is not quite as strong. As the financial underpinnings of our society unravel, as food prices soar, as oil prices regularly hit new highs – it seems like I am living a prophecy. Everything that is happening now has been more or less accurately predicted by a large International community of people who have been following our oil predicament. Another name for our oil predicament is peak oil, but its really all about the oil depletion and the coming imbalance between supply and demand. Sometimes I call these folks “the depletionista”.

Were it not for peak oil, I probably would not be an eco-localizer (but that’ll be another post). Undoubtedly, I’d be chasing dollars, trying to earn my way to a huge house in the Oakland Hills, and probably have my family intact. Had I stayed my previous course, I would have likely jumped into another start up tech firm and rode it to what would have likely been temporary monetary glory.

But how could I do that knowing what I knew and having the opportunity that I had. I chose to forgo sailing the Greek Isles (at least for now), seasonal sun chasing across the hemispheres, and the high energy life style that I previously enjoyed. Instead I toil working nonprofit wages, writing blogs that don’t get enough traffic to adequately compensate me for my time, and starting projects that just need to happen. 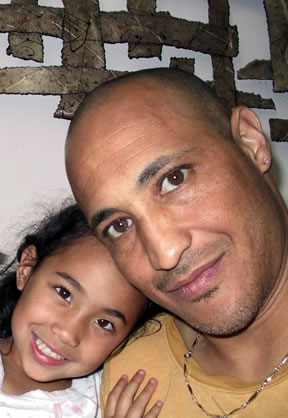 How could I do anything else? I have a five year daughter – she is my heart, my inspiration. And I know that one day, perhaps a decade from now or more, she is going to ask me “Papa, why is everything the way it is?” I have to be able to look into her beautiful brown eyes, and say that I did everything I could and that I still am doing everything I can. I have to know inside that it would have been worse without my efforts. I owe that to her and her contemporaries.

Almost four years ago, I was speaking at the Whole Earth Festival at UC Davis. I was the warm up act for Julia Butterfly Hill but no one was there yet because the stage was off to the side. Actually there were a few people, most of them appeared to be taking a rest from the beating sun. Fewer than 15 people were either lounging on haystacks or sitting on hay spread over ground. Nevertheless, I was juiced; my first public speech – on Mothers Day, feeling especially honored to have my then wife and my 18 month old tree hugger in the audience. Melia’s birth had been the tipping point for me to get active in working for a more sustainable future. That day, I started with a proverb which is attributed to a number of indigenous peoples that resonates strongly within me:

We don’t inherit the planet from our parents; we borrow it from our children
~ Common Indigenous Proverb

I told my heat exhausted, half indifferent audience that my goal was to pay this debt fully to Melia and her contemporaries. I noted that my ability to do so was, however, hampered by what I did inherit from my predecessors – the malignant, inequitable, deceptive unidimensional system that is spreading like a virus across the globe, ravaging Mother Earth and communities wherever it gains a toehold. Yeah, I was pretty hardcore with it. Anyway, I followed with the three points I hoped my audience would take away from the talk.